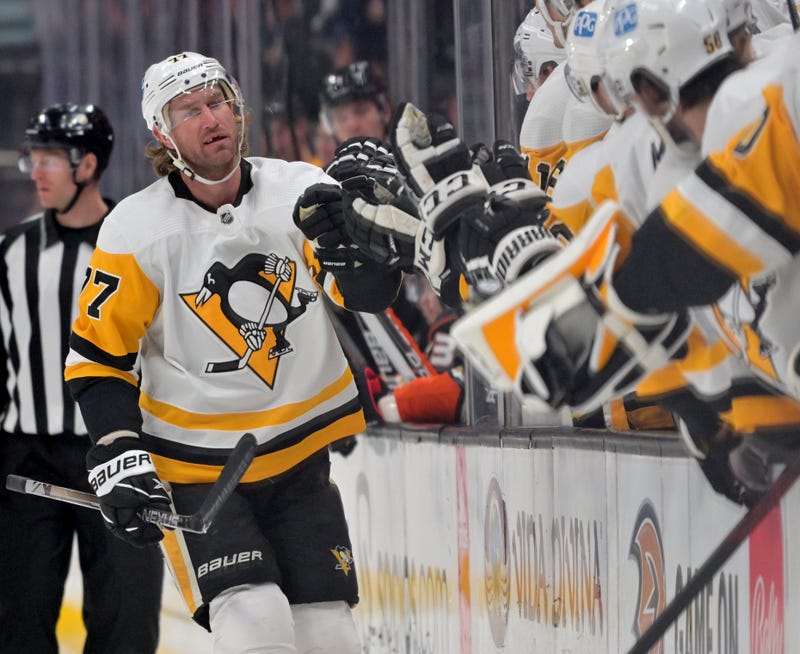 PITTSBURGH (93.7 the Fan) As the Pittsburgh Penguins continue their West Coast road trip, they get set to face off against the Los Angeles Kings.

While it won’t be the first time ever playing against the Kings, it will be Jeff Carter’s first game in LA since being traded to the Penguins last season.

Carter spent parts of 10 season with the Kings and won a pair of Stanley Cups.

While discussing his time with the Kings, Carter was asked about it possibly being his last time ever playing in LA.

Carter said that he hopes to still have a few years left in him.

At the age of 37 and on the last year of his contract, it was mostly assumed that his would be Carter’s last year in the NHL, but there still may be some gas left in the tank.

Carter: "It's the old cliché that it's just another game, but it will be a fun night for me, something I have been looking forward to all year."@JeffCarter_77 shares his excitement about playing against his former team in LA ⬇️ pic.twitter.com/Mlu3R3LsDm

“I hope to stick around for a few more years,” said Carter.

Carter has been playing phenomenal hockey since joining the Penguins and hasn’t showed many new signs of slowing down.

20 points in 29 games is great stuff from a veteran playing up a line waiting for the return of Evgeni Malkin.

If Carter does decide the stick around and continue to play hockey past the 2021-22 season, the Penguins will surely have their hat in the ring on signing the possible future Hall of Famer