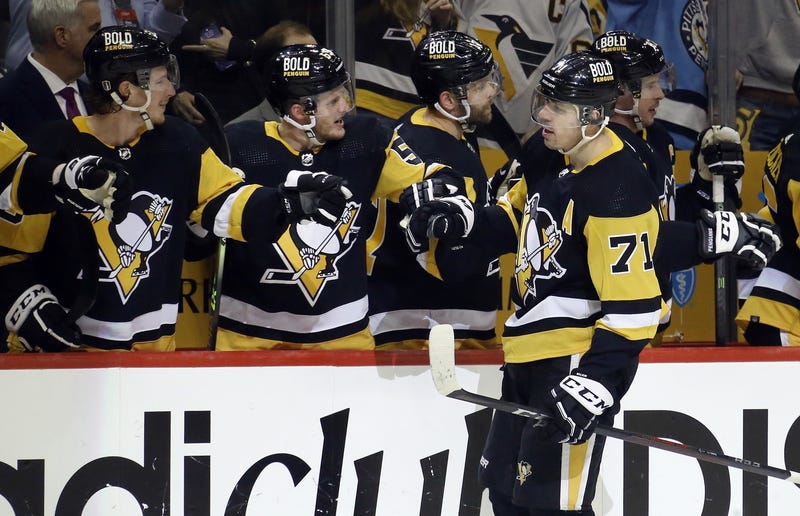 The Penguins may be up three games to two but many fans are feeling like without Captain Sidney Crosby, the momentum now favors the Rangers.

While losing Crosby will make it harder to beat New York, it doesn’t mean the Penguins can’t do it.

Reasons for a win

Evgeni Malkin: Some of the best play of Malkin’s career has come when Crosby has been out. The Penguins will need to see the Geno of old and take over the entire game. Five points through five games is a good start, but it has to reach a different level.

The home crowd: 18,000 strong played a hand in getting Vezina and Hart Trophy nominee Igor Shesterkin pulled in two straight games. Not saying Shesterkin has to get pulled again but they have to play a role in keeping the momentum in the Penguins favor.

Mike Sullivan: Sully has been the better coach this series against the Rangers and if the Penguins take Sullivan’s advice and play their game, not losing their cool by going after Jacob Trouba, they can win, even without Jarry and Sid.

A simple game: While we’d love to see Trouba get what’s coming to him, the best punishment for him would be to send him and the rest of the Rangers packing. Play boring playoff hockey, keep the puck away from New York and win a 3-1 game.

Reasons for a loss

Also Evgeni Malkin: Everyone has seen the way Geno can take a game over with his skill, but there is no doubting if someone gets under his skin, he’s a disaster. In Game 5 alone he took a pair of penalties late in the game that played a huge role in the loss.

No Sidney Crosby: The single best player in the series so far has been Crosby. Nine points in five games is another level that is hard to be matched.

Dominguedom falls: Louis Domingue has been okay…that’s it. The Penguins have been able to keep the Rangers from dominating in their offensive zone, if New York is able to pepper Domingue, pucks will go past him, like on Wednesday when the Rangers scored three goals in under 2:45. He’s given up 15 goals in four starts, so don’t expect him to stand on his head in game six.

Getting too emotional: Evgeni Malkin cannot lose his cool like he did in game five. He and the rest of the Penguins need to keep their emotions in check and worry more about winning and less on Trouba. The Rangers will be looking to get into the Penguins head so they need to avoid after whistle skirmishes.