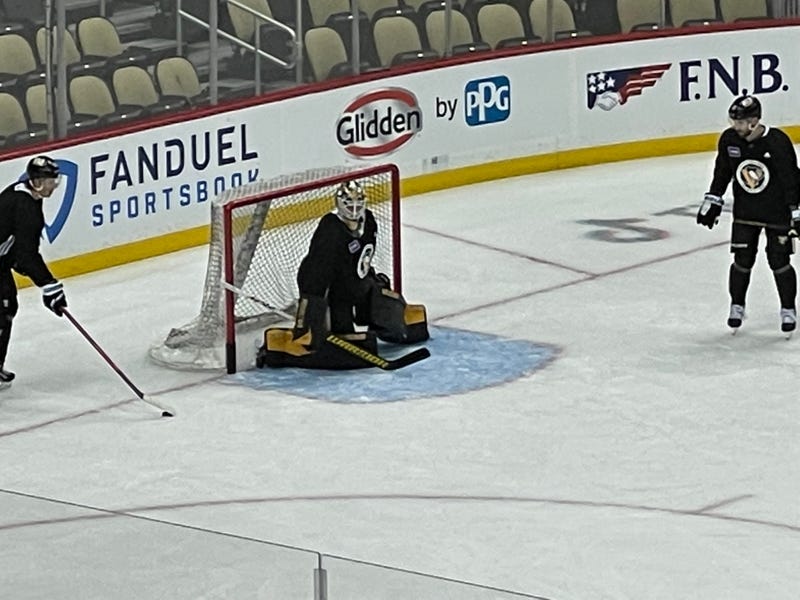 UPDATE: Head coach Mike Sullivan confirms Sidney Crosby will not play Friday, Tristian Jarry will also not play and Rickard Rakell will be a game-time decision.

Sullivan adds that Crosby is in "a good place" and that he skated before practice.

PITTSBURGH (93.7 The Fan) – Pens had goalie Tristan Jarry back to a full practice before tonight’s Game 6 hosting the Rangers. All participated except for Captain Sidney Crosby and defenseman Brian Dumoulin.

Crosby left the ice a shift after he was hit in the head by Jacob Trouba’s elbow in the second period of Game 5.

Also knocked out, this in Game 1 of the series, Rickard Rakell skated with the team, but not in line rushes.  The 29-year-old forward was the only player to skate before the team Friday morning.  He had four goals and nine assists in 19 games after coming over from Anaheim at the trade deadline.  He also joined the team for the morning workout.

Rickard Rakell is also out for team skate after working out by himself before the group pic.twitter.com/o1wvnZLLc8

Defenseman Brian Dumoulin remains out, having yet to skate since his undisclosed injury.