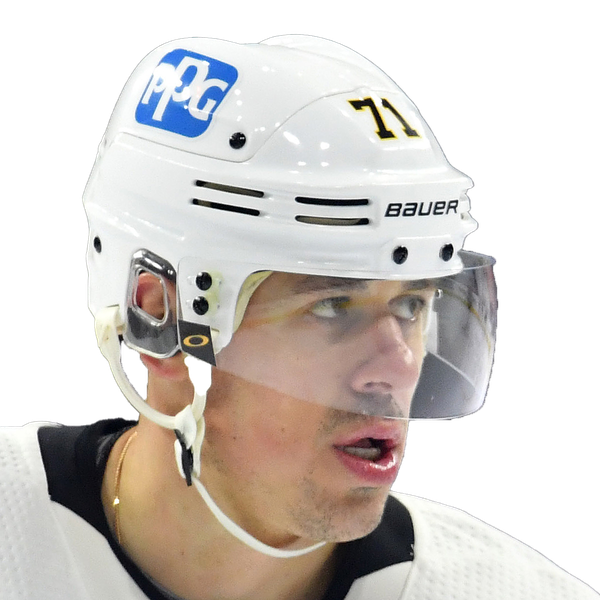 PITTSBURGH (93.7 The Fan) – He’d been skating with the team, tantalizingly close to playing and now Tuesday night Evgeni Malkin will return for the Pens at Anaheim.

“Geno’s going to play,” said Pens head coach Mike Sullivan just after announcing forwards Danton Heinen and Zach Aston-Reese are unavailable due to being placed in COVID-19 protocol along with Bryan Rust and Brock McGinn.

”He’s practiced for quite a while,” Sullivan added.  “I think he looks really strong.  He’s in great shape.  He’s skating really well.  He’s such a talented guy, he’s the type of player that has an ability to have an impact immediately.  I’m sure he will in this game.”

Malkin hasn’t played since May 8 after major knee surgery ended last season.  He likely will center the second line with Kasperi Kapanen and Jeff Carter as his wingers.

“I don’t really know what it is,” Kapanen said.  “Ever since last year I started playing with him and I felt my game elevated.  It’s pretty easy to play with a guy like Geno.  Hall of Fame career and one of the best to ever play, I’m just lucky I had the chance to play with him.”

“They are both dangerous guys off the rush,” Sullivan said.  “Kappy brings a ton of speed and skill and his ability to shoot the puck.  Sometimes when you put players together, they develop instant chemistry.  We’ve seen it with Sid and Jake and we felt that when Geno was with Kappy it was a similar circumstance.  They were a pair that brought us a certain quick-strike capability.”

As for moving the 36-year-old Carter from center to wing to join Malkin.

“Carts is a real versatile player, he’s so smart, he’s got such great hockey sense,” Sullivan said.  “He played a lot of wing for a lot of time in LA before we got him.  He’s just a really smart player that’s capable of playing any position asked of him.  When we ask him to do it, he’s willing, he embraces anything we throw at him.”

“Nothing is etched in stone here, we are trying to put line combinations together with the people we have available that we think give us the best chance to win.”

That is mixed up again with the new COVID cases, but regardless of how it plays out.  Evgeni Malkin returns Tuesday and will be on the top power play unit.

“He adds a whole other dimension to it,” Sullivan said of Malkin on the PP.  “His play-making ability.  His one-timer.  He’s such an elite offensive player.  The way he thinks the game and his ability to execute.  It brings another dimension to our power play that makes us that much harder to defend against.”

“He also brings a certain level of instinctive play that is unpredictable, that is hard to prepare for, it’s hard to game plan.  He has the ability to go off the grid with respect to the game plan offensively.  He just sees the ice so well.  He brings a level of unpredictability to our offense.”

“He’s been working really hard on and off the ice,” Kapanen said of Malkin.  “He’s pretty strong, once he gets on the ice he sees plays you don’t even see coming yet.  He makes plays for guys to skate into space and get the puck.”

“Everybody loves Geno, he makes us laugh.  Whenever he’s in the lineup, we feel that much more confident too.  Just having him around the guys again, it’s good to see.”