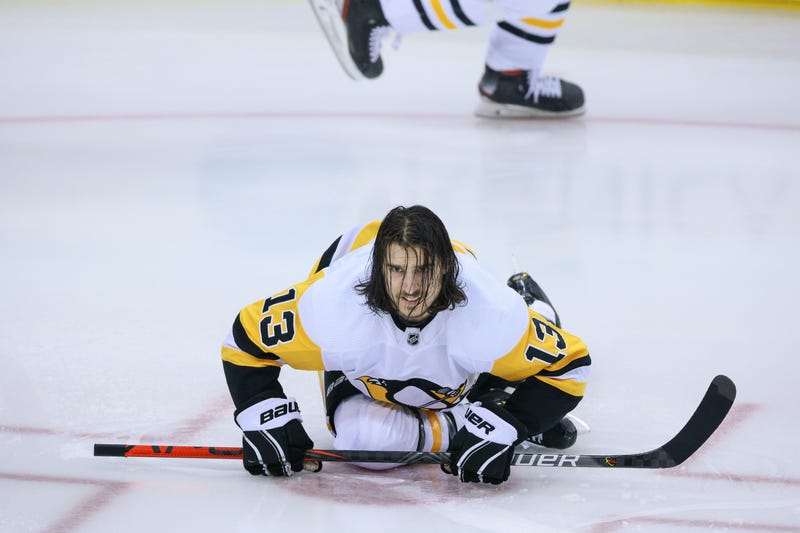 You can find odds on just about anything these days.
Whether you use Parx Sportsbook, Fan Duel, Bet Rivers, Bet MGM or (better yet) all of the above, you can bet that you can bet on it.

So even though I don’t pretend to be Nick Kostos – whazzup everybody? – I figure I can be an odds-maker as well and set the lines on which Penguins player will be picked by Seattle in Wednesday’s expansion draft.

Brandon Tanev is the heavy favorite – and with good reason – but savvy bettors know that often the value is with a longer shot. Since the salary cap is a significant part of this, there are a handful of other players the Kraken could choose instead.

Here are the odds:

Brandon Tanev            -10000        As stated, Tanev is the odds on favorite. Unless Seattle is scared away by the four years remaining years on his contract, and susceptibility to injury because of his aggressive playing style, the $3.5 million a year shouldn’t be a deterrent. Tanev is the kind of player every team should want which is why it’s surprising the Pens left him unprotected

Marcus Pettersson     +2000         Pettersson also has four seasons left on his contract but he’s still only 25 years old. He isn’t flashy or physical but steady, albeit it coming off a slightly disappointing season. But the pool of unprotected defensemen who are not free agents is not terribly deep. Many defensemen don’t develop until their mid-to-late 20s; perhaps Seattle’s scouts peg Pettersson as one of those.

Zack Aston-Reese      +2500         Aston-Reese has never found the scoring touch that he had in college at Northeastern but has embraced his role as a bottom-six winger. He has become an adept penalty-killer and can play a reasonably physical game. He is a restricted free agent but won’t command a ton of money enabling Seattle to use its resources elsewhere. Plus, the analytics people love him.

Jason Zucker               +5000         Zucker would be a perfect captain for the expansion Kraken. He has the experience and the temperament to lead a newly-formed group that may have decent potential. The problem, of course, is Zucker’s $5.5 million salary even though it’s only for two more seasons. That’s too much for a player who, for whatever reason, has had trouble scoring goals the last season-and-a-half.

Sam Lafferty                 +7500         Lafferty is a younger, even faster, version of Tanev but without the experience or the edge, at least not yet. He is under contract for one more season at $750 thousand then becomes an unrestricted free agent but if he can find a niche with Seattle he would be affordable in a bottom six, PK role. That’s what he will do here if/when Tanev is gone.

Casey DeSmith            +10000       I would have placed the odds quite a bit lower until I saw some of the unprotected goalies. Nonetheless, the Kraken can pick three of them. DeSmith’s $1.25 million salary isn’t much above the minimum and is a bargain for a proven back-up. As it is, the unlucky DeSmith is likely to be an odd man out in Pittsburgh when management brings in a veteran goaltender because of Tristan Jarry’s meltdown against the Islanders.