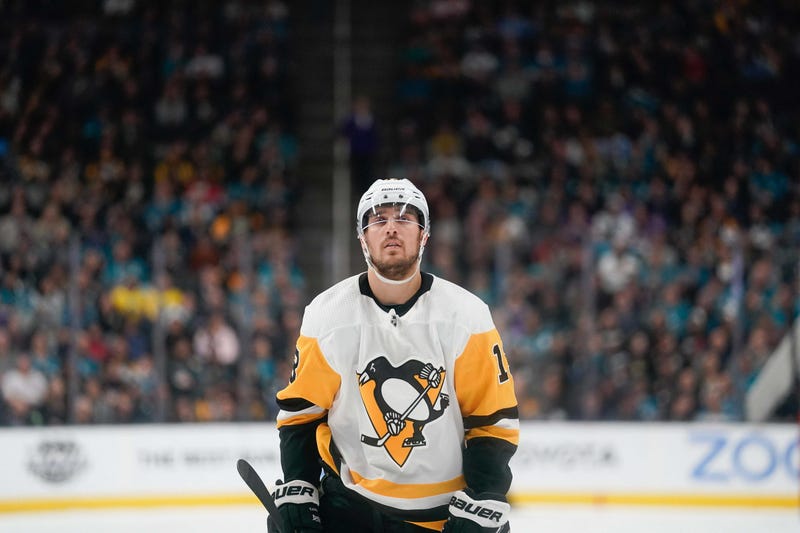 PITTSBURGH (93.7 The Fan) – The dramatics were taken out of it due to the reports earlier in the day, Brandon Tanev is no longer a Pittsburgh Penguin. The 29-year-old forward taken by the Seattle Kraken in Wednesday’s NHL expansion draft.

The pick made by Pens Hall of Famer and Seattle GM Ron Francis on ESPN Wednesday night on a broadcast hosted, in part, by former Pens forward Dominic Moore.  Hall of Famer and Kraken scout Cammi Granato announced the selection.

“I promise you, he will be one of your fan favorites,” Moore told the live crowd.  “He hits everything that moves.”

Tanev left the stage with a “Let’s Go Kraken!”

Tanev, was a fan favorite in Pittsburgh and apparently working on it in Seattle.

The Toronto native had 7 goals and 9 assists in 32 games with the Pens this past season, also a plus 12 in plus/minus.  He brings an energy and grit to the bottom six forwards, but is listed at 6’ and doesn’t have the size the new Pens management team craves.

Seattle also selected forward Jared McCann, who is unprotected by Toronto after the Pens sent him there last week for a seventh round pick and forward Filip Hallander.  McCann will make 3.38 million this year according to capfriendly.com before becoming a free agent.