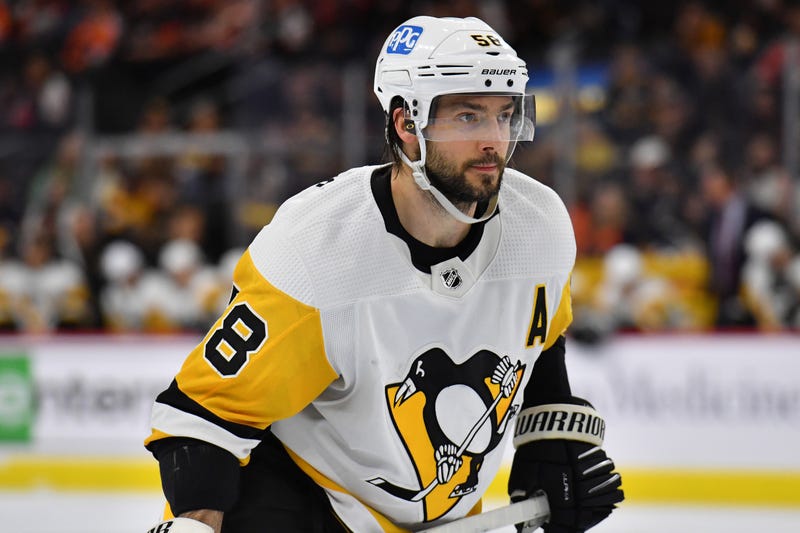 The signs point to him returning, he went through a full morning practice on Tuesday having not played since December 28 due to the death of his father and an undisclosed injury. He was back skating with his traditional defensive partner, Brian Dumoulin. After working a shift with the number two power play, he moved over to get reps with the ones.

Letang says he believes his body is ready and his mind is anxious to get out there and play.

“That’s one of the hard parts when you are on the sidelines that you are by yourself,” Letang said. “Skating by yourself is good exercise, but you want to be out there with your teammates. The last two practices I’ve been able to be out there and closer to play.”

It had a few of us asking the players about the potential of a Letang return.

“It’s exciting, anytime we can have him back in the lineup it makes us a better team,” Dumoulin said. “I’m excited to hopefully have him in the locker room, warmups and hopefully playing.”

“I think big. He’s such an important piece of this team. We are obviously missing a piece of us when he is gone. It’s going to be big.”

“It would be huge,” said Pens forward Danton Heinen. “He’s an unbelievable player and a veteran leader in this room. He’s a guy that helps the team.”

“I think our D have done a pretty good job in his absence,” said Pens Captain Sidney Crosby. “It’s not easy. Guys have been thrown into different roles and they’ve handled it really well. It’s a tough job being a defenseman, I would never tell them that, but it is. They’ve stepped up and that’s what you need when guys are out.”

When you’ve struggled with losses in four of the last six games, you can take positives even when you don’t get the result.
Players believe if they play the way they did against New Jersey on Sunday, wins will come.

“When you lose a game like that, you feel you did a lot of things well,” Crosby said. “It’s not easy, but I think looking at it that way and knowing that we did a lot of good things is important. It’s the consistency, that’s the biggest thing. That’s what every team battles with and it’s something we have to find more in our game.”

“I think we did some good things, that second period especially,” Heinen said. “It was a tight game. We can take some positives away from that game and try to get the result tonight.”

“We did a pretty good job controlling the game for the most part against a pretty high-octane offense,” said Pens Head Coach Mike Sullivan. “I thought we were tighter defensively. There was collective effort out there, five-man participation in all three zones on both sides of the puck. When we do that, that’s when were at our best.”

“That is one of the better games we’ve played as of late. That’s a game we played well enough to win. If we put that kind of effort on the ice, we are going to win a whole lot more than we lose.”

All skated with the team but Jan Rutta and Kasperi Kapanen, forwards Jonathan Gruden (coach’s decision and Josh Archibald (injury) did not go through line rushes and Ty Smith and Mark Friedman, both healthy, skated on a fourth defensive pairing.

“Brian simplifies the game for me and for the team,” Letang said of why he likes to pair with Dumoulin. “He plays a north-south game, he doesn’t try and complicate things. When he has a play to make and skate with the puck, he does. It allows me to play with the puck more and join the rush.”