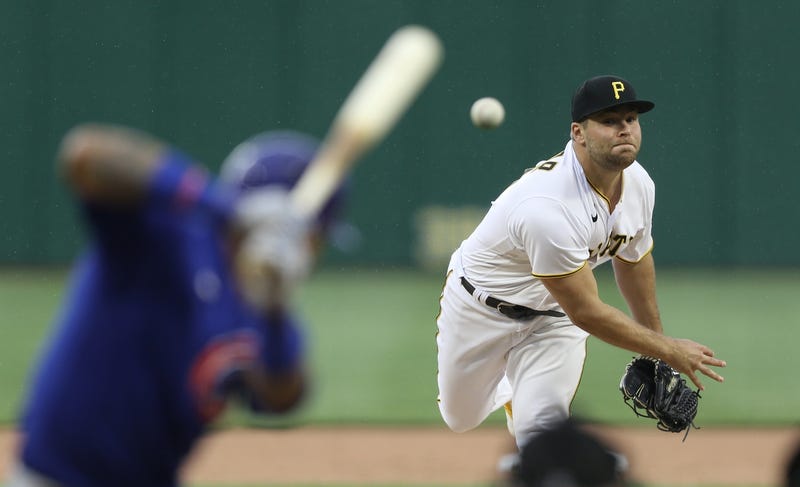 PITTSBURGH (93.7 The Fan) – Having a breakout year after being traded to the Pirates for Joe Musgrove, right-hand reliever David Bednar landed on the 10-day injured list Tuesday. Bednar has a right oblique strain.

Pirates called up the player they picked up off waivers on Monday.  Right-handed pitcher Enyel De Los Santos takes his spot on the 28-man active roster (up two spots in September).

Bednar is 3-1 with a 2.18 ERA with three saves this year.  The Mars grad has a current streak of 10 consecutive scoreless appearances.  Bednar has pitched 57.2 innings with 17 walks to 73 strikeouts, a .181 opponents’ batting average and 0.94 WHIP.  He is second among all Major League rookie relief pitchers in ERA.

“We like the stuff,” said Pirates manager Derek Shelton. “Good arm. Secondary stuff is good. I think that’s the thing that stood out.”