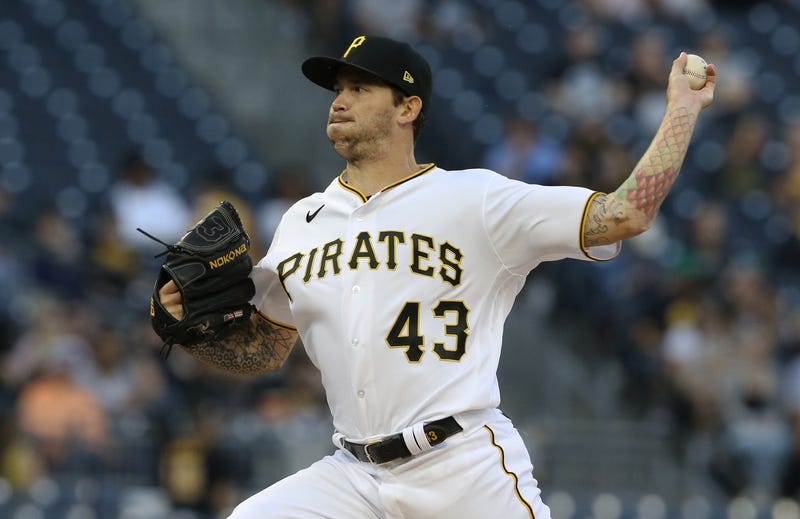 After making his debut in the beginning of August after a long stint on the injured list, Steven Brault has been shut down for the season with the same injury.

On Monday, the Pirates announced that Brault has been transferred to the 60-day IL with a re-strained lat.

Manager Derek Shelton pulled Brault out of the game on Friday when he complained of tightness.

Brault had been dealing with the original lat strain since Spring Training.

With Brault being transferred to the 60-day IL there is room on the Pirates 40-man roster.

The Pirates have claimed right-handed pitcher Enyel De Los Santos off waivers from the Phillies.

The 25-year-old from the Dominican Republic made his debut with the Phillies in 2018 and has made 38 total appreciates during that time, making three starts.