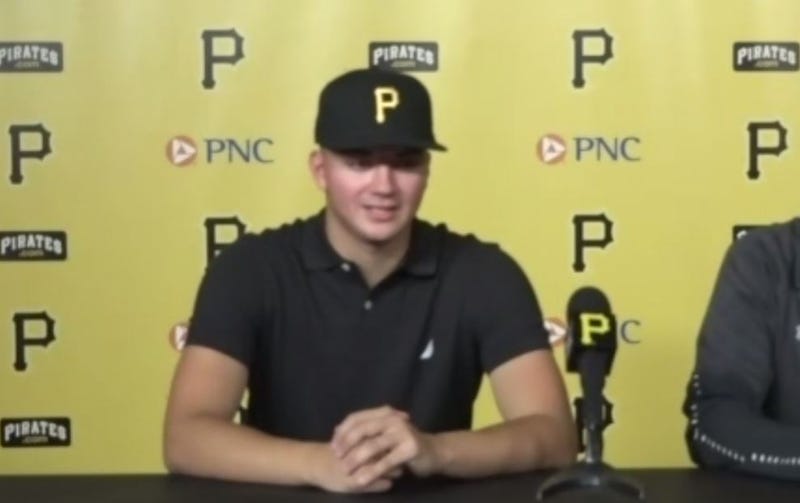 The Pirates second-round draft pick from last season will make his first professional start on Friday night for the Bradenton Marauders.

Anthony Solometo, a left-handed pitcher out of Bishop Eustance Prep School in New Jersey was taken 37th overall by the Pirates last seasons but was rated the 17th best player in the draft by MLB Pipeline.

Solometo signed with the Pirates last July and was assigned to the team’s Florida Complex League Gold team.

The FCL is a rookie-level league for players who have yet enter into a team’s minor league system.

Welcome to the Marauders, Anthony Solometo!

The @Pirates' 2nd-round draft pick of 2021 will start tonight for his professional debut. pic.twitter.com/DRdEm2X6Js