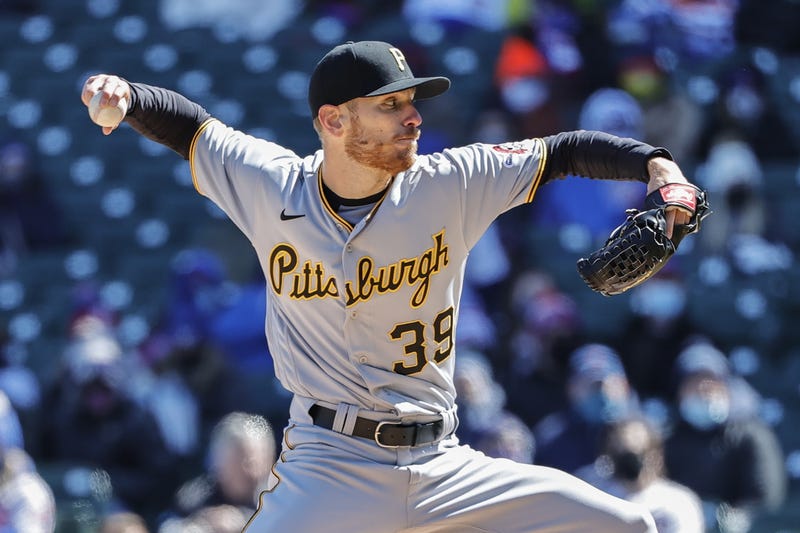 PITTSBURGH (93.7 The Fan) – With Phillip Evans the latest regular to go on the injured list, an opportunity for a former first round pick.

First baseman Will Craig gets the call up and this time looks to get consistent at bats with Evans and regular starter Colin Moran out.

“This has come about in the last 24 hours,” said Pirates manager Derek Shelton.  “He’s going to be in there today.  I would say he’s going to get some consistent looks at first base.  I would like to think that is how I would think about it right now.”

Craig started the season 1 for 20, but was 3 for 3 with a home run on Wednesday and hit a pair of home runs on Tuesday.  He’s a right-handed hitter who can also play third base or in the outfield.  His best defensive position is by far first base.

A first rounder in 2016 was an All-American at Wake Forest with 16 HR and 66 RBI in his final season along with 9 saves as their closer.

Not officially announced, but AAA right-hand pitcher Miguel Yajure is currently with the Major League team.  The 23-year-old acquired in the Jameson Taillon trade got a spot start against Detroit, April 21 going 4.1 innings with 4 hits (2 homers), 4 runs, 2 walks, 4 strikeouts.

Yajure has made only one AAA start, 6 innings, 4 hits, a run, a pair of walks and 6 strikeouts.  Both of those games ended as losses.

Currently Tuesday’s Pirates starter is a TBA, so maybe Yajure would get a second start, this time at St. Louis.

“It looked good,” Shelton said.  “I don’t know the total number of pitches.  It was two-ups.  I saw both innings of it.  The fastball looked good.  Changeup looked really good, threw a couple of good sliders.”

“The fact that he is healthy.  How he looks today is important.  How he feels tomorrow is going to be the important thing for us in terms of building him back up to starting.  Tomorrow when he comes in will be the important step.”