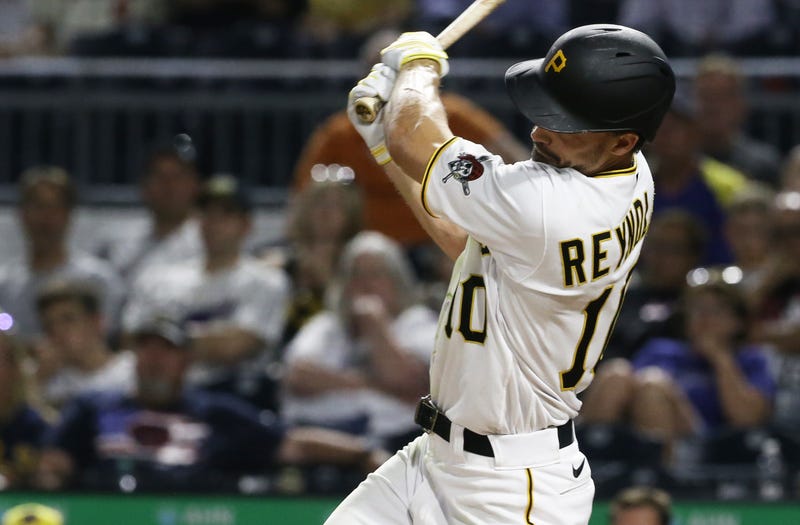 93.7 The Fan (PITTSBURGH) - Bryan Reynolds' walk-off home run gives the Pirates a shot at a sweep against the first place Brewers tomorrow afternoon.

"Off the crack of the bat I was like we're gonna play in about 12 hours," said Derek Shelton.

Just called up for the game Wednesday, Tucupita Marcano had a three hit game including a triple.

"I told Reynolds after the game I thought Tucupita was the player of the game, I don't know why they were interviewing him (Reynolds)," said Shelton. "The at bats he had, the play he made in left was an unbelievable play. Even the ground ball in the ninth, it looked like he came out of nowhere. We continue to talk about this kid being a baseball player and he really demonstrated it tonight."

In what started out as a tough outing for starter Tyler Beede after he gave up 4 earned runs in just 1.1 innings pitched, the Pirates bats came to life.

They scored 7 unanswered runs including a three run missile from O'Neil Cruz, his 8th of the season.

The Brewers responded though in the top of the 8th inning as Willy Adames continued his dominance on the Pirates this season with a two-run single to make it 7-6 Pirates. Rowdy Tellez ripped a single into right field to score the tying runner Christian Yelich and it was a brand new ballgame.

In the bottom of the 9th inning which would belong to Josh Hader but he's with the Padres now, Devin Williams entered the game and had not given up a home run yet this season. Bryan Reynolds had other plans as he hit his first career walk-off home run giving the Pirates an 8-7 win.

"That guy's elite," said Shelton speaking of Devin Williams. "Bryan was able to get ahead in the count and he had good swings all night. He got a pitch up and didn't miss it."