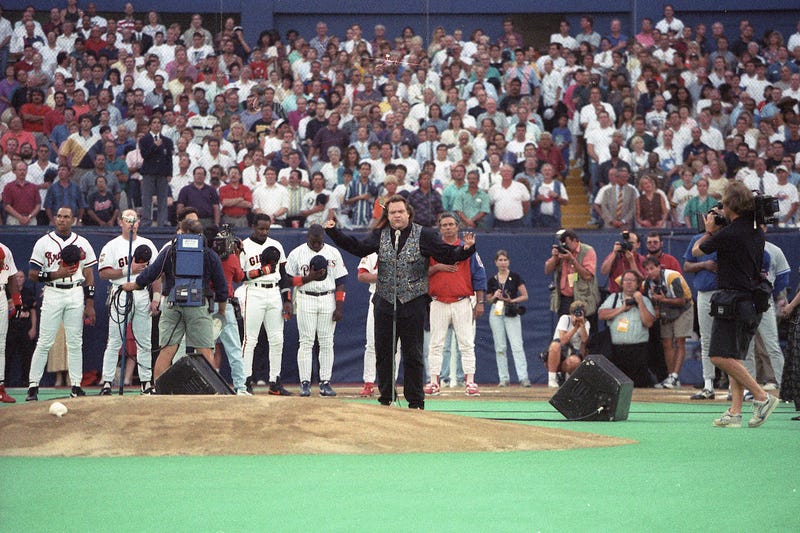 While the singer is known for his many hits including “I’d Do Anything for Love” and “Paradise by the Dashboard Light”, it was a performance in Pittsburgh that many baseball fans remember.

During the 1994 MLB All-Star Game at Three Rivers Stadium, Meat Loaf sang a powerful rendition of the National Anthem.

He also performed in the celebrity home run derby, but did he best work behind the mic, not at the plate.

Some may recall Meat Loaf taking part in the Celebrity Home Run Derby at the 1994 All-Star Game at Three Rivers Stadium. pic.twitter.com/blYGc0GKdh