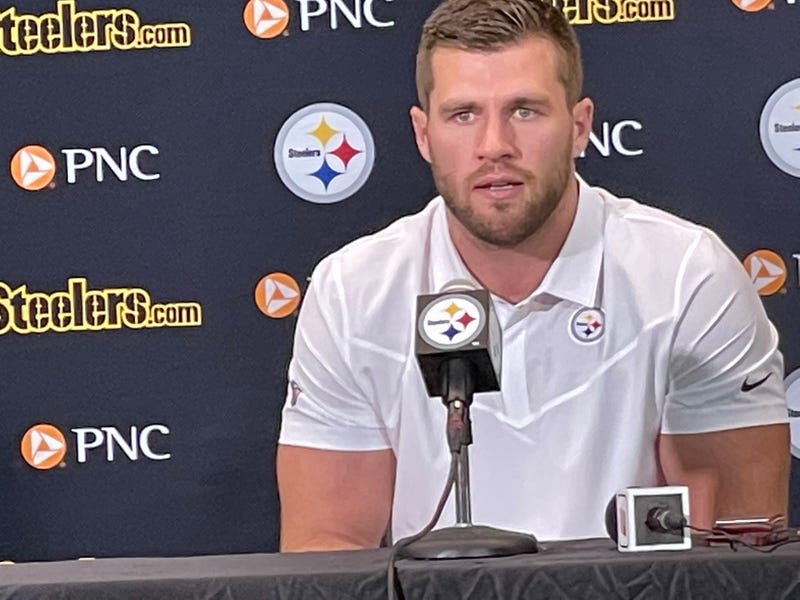 Steelers outside linebacker TJ Watt after signing a reported five-year, 122 million dollar contract with 80 million guaranteed.  Watt said he got a message from his agent after practice on Thursday that there was an offer.

“I returned their phone call and said ‘are you serious, this isn’t a joke’.  They said this is 100% serious.  I said let’s absolutely do that deal.”

Watt wouldn’t get into the specifics of the back-and-forth with the team.

“It was a long process,” Watt said.  “I’ve had two brothers who have gone through it.  They weren’t much help when it came to remembering what it was like.  I kind of understand that now.”

“I remember asking JJ early on how did his negotiations go?  He goes ‘once you sign on the dotted line you kind of forget what happened leading up to that moment’.  That’s the way it’s been for me too.  Now I’m just focused on playing football.”