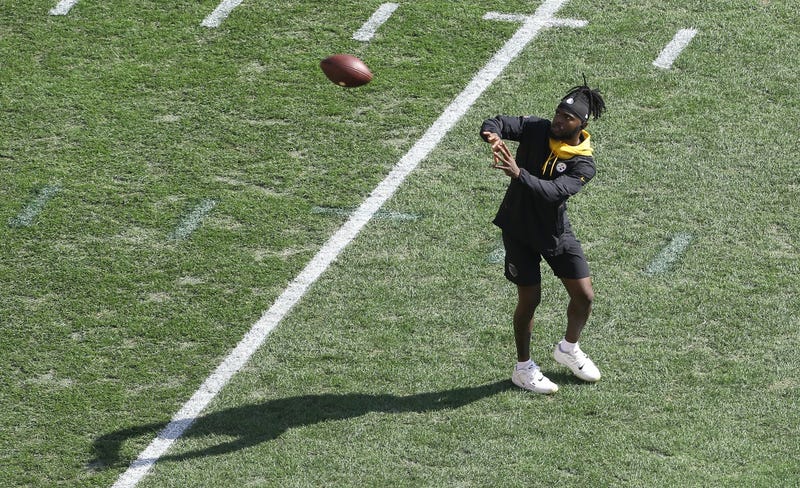 PITTSBURGH (93.7 the Fan) According to Arthur Moats on the PM Team, having Diontae Johnson in the Week 2 matchup against the Las Vegas Raiders was “pointless.”

Especially in a losing situation towards the end of the game down by two scores.

Going into the game against the Raiders, Johnson was suffering from a knee injury.

At the end of the game, Johnson went down with a worsened injury to the knee.

From a former player’s perspective, just because a player is medically cleared by a team doctor, it does not mean that player is ready to play a full football game.

Strong take from @dabody52 on @937theFan on Diontae Johnson: "Having Diontae out there was the worst decision from that game. It was pointless."

With Johnson out, the next man up is James Washington to take those passes.

Johnson along with Alex Highsmith (groin) and Carlos Davis (knee) will be missing Week 3, and TJ Watt (groin) is questionable.

Ben Roethlisberger said that he is good to go for Sunday.