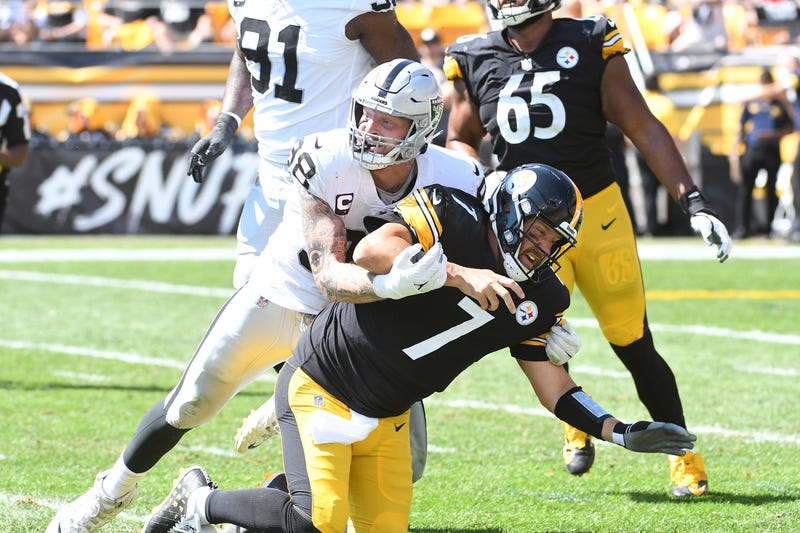 PITTSBURGH (93.7 The Fan) – It was early in the second quarter with the Raiders up 3-0 and on a third and four Ben Roethlisberger hung in the pocket, got the pass away just before he was crushed by Maxx Crosby and Quinton Jefferson. The pass would fall incomplete. That wasn’t the bigger issue.

No one helped Roethlisberger up as he slowly got to his feet at midfield.  Former Steelers tackle Trai Essex ripped the offensive line for allowing that to happen.