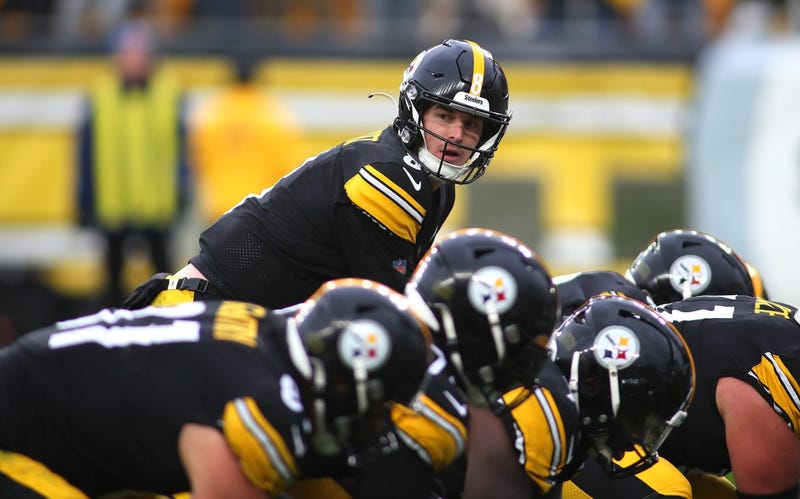 Which one gets you the better return?

Of that great Eagles offensive line, only one was a first-round pick. Starting right tackle Lane Johnson was the fourth overall pick in 2013. No one else on that line was taken in the first round. You could argue what got the Eagles over the top was the trade for receiver AJ Brown and drafting receiver DeVonta Smith in the first round.

The Bengals had one of the worst offensive lines in the game. Yet that group, decimated by injury, dominated the Buffalo Bills Sunday. In need of an anchor to the offensive line two years ago, they went instead with Ja’Marr Chase in the first round and it led to a Super Bowl appearance.

Is it really a slam-dunk the Steelers, who’s line improved all year and finished the season ranked 16th in the entire league by Pro Football Focus, need a first-rounder? Eight of the teams ranked ahead of the Steelers in offensive line play, missed the playoffs and another, Tampa Bay, made it with a losing record.

Steelers own the 17th overall pick in the first round. Will there be an impact lineman or more likely an impact receiver with pick 17? There are other team needs-corner, defensive line, safety, but this comparison is between offensive linemen and wide receivers.

Here is a look at the last four years of the NFL Draft. It shows every receiver or offensive lineman picked from number 15 to number 25. Players that would be in play for the Steelers at 17 and what their current position ranking is by PFF. A reminder in the rankings- 38 centers ranked, 78 guards, 84 tackles, 121 wide receivers.

If you’re looking for the player who will make the biggest impact or improve that position, odds are better finding a wide receiver at 17 than offensive line.