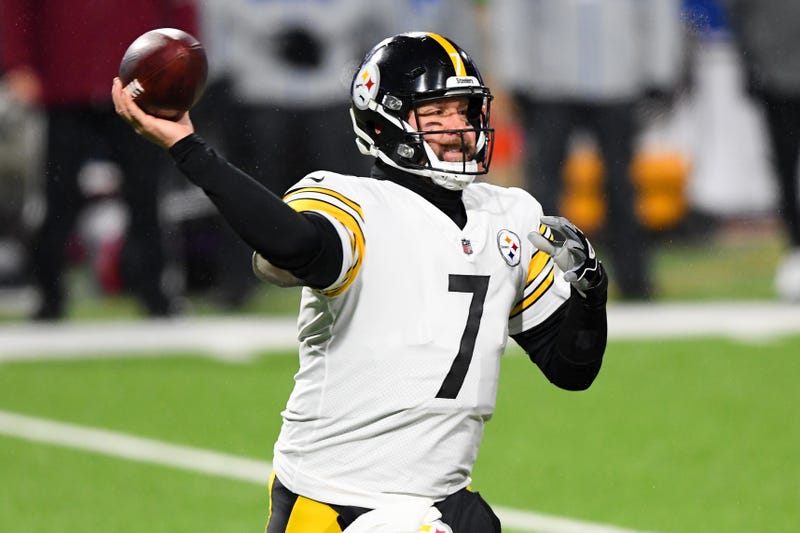 PITTSBURGH (93.7 The Fan) - Another weekend without any real, solid intel from the Steelers or otherwise as to the future of Ben Roethlisberger and the Pittsburgh Steelers.

It’s the domino to fall that, one would think, determines how the rest of the entire offseason will go for the Steelers.

Steelers insider Ed Bouchette joined The Fan Morning Show Monday to talk about the impending decision and conversations to be had between #7 and the organization.

“I think in the next 7 days, that brings us to early March, I think something’s going to be done with Ben one way or the other. I’m not going to sit here and say he’s not coming back or he is because I don’t know.

But just reading all the stuff and listening to all the stuff, it just doesn’t sound like they truly want him back. They keep saying these things but we haven’t seen them embrace him.”

Ed said that with other organizations, it might be understandable for a team to take this tactic. Don’t show your hand, ruffle any feathers or overcommit to someone to put themselves in a weaker spot for when they get into negotiations with a player. But with the Steelers, it’s different.

“That’s not how they operate. I haven’t seen them do that.
When they say a guy is a Steelers as of now, that’s not good. I mean, that doesn’t bode well for him coming back.”

Ben himself sent a text to Bouchette a few weeks back, indicating his desire to keep playing and his willingness to re-structure his contract in order to make that happen. But to what extent?

It’s not just about the money, I don’t think. We have his agent saying there are certain things Ben would like to see coming back and those guys aren’t coming back. Pouncey’s gone. JuJu’s going to be gone. His offensive coordinator is gone. Al Villanueva is going to be gone. Maybe he looks around and says, ‘I don’t know, this offense doesn’t look very good the way it’s constituted, maybe it’s time.’”

Could there be a scenario in which Ben plays somewhere else at the end of this thing?

“I don’t think it’s a real possibility but I’m not saying that with 100% conviction. You don’t know what burns inside these guys. And when it’s over, it’s over. It’s not like us where we can keep going on forever.

Carolina is desperate for a quarterback. I don’t even know if there’s any interest there but I could see him doing it. On the other hand, I don’t know that he wants to. I don’t think he wants to, either.”

And the anticipation continues to build…