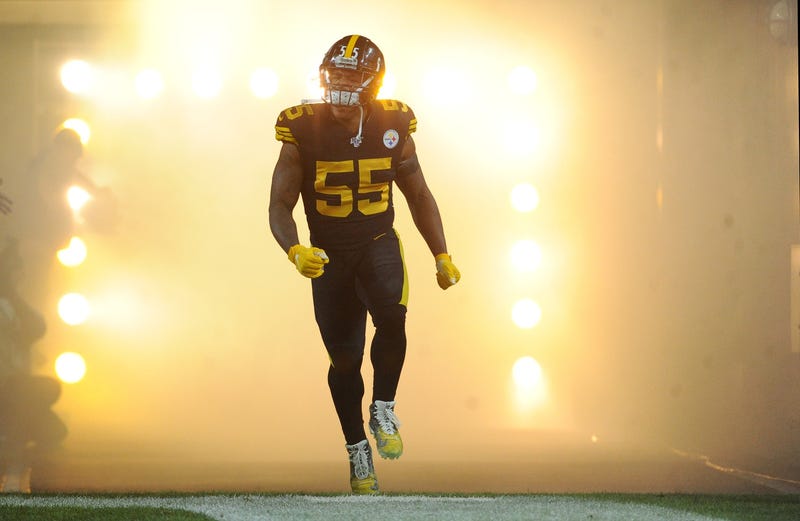 Devin Bush is very sure about Devin Bush.

That’s a good thing. Self-confidence in sports is something to be applauded and, in many ways, something you must have if you want to maximize your potential. Heck, I’m not against even faking a little self-confidence from time to time if the situation permits.

So that brings us to the case of Devin Bush --- a study in what has been, what currently is and what must become of the Steelers inside linebacker who was so coveted by the team they made the uncharacteristic move of a draft day trade.
They jumped way up to get this guy and, if you know anything about the Pittsburgh Steelers, you know they hardly ever jump way up to draft any guy.

Is he sure and certain of his abilities?

But in looking at everything, am I within my rights to be a little skeptical and want to see a little more from him before I get on board with being as convinced as he is with his abilities? I sure am.

So it was interesting on Wednesday when Bush quickly fielded a question in a media availability about his ability to cover Cleveland Browns receiver Jarvis Landry. The same Landry who --- from the slot --- torched the Steelers (mainly Robert Spillane) as the Browns’ offensive staff was able to get Landry matched up against linebackers time and time again.

The question was simple: Could Bush cover Landry?

Good to hear. I love the confidence. It was the answer you most likely expected.
But I want to see it before I’d come anywhere close to believing it.

Bush is still battling back from a knee injury he said will be fully healed by training camp. It was an injury that limited him to just five games last season after a rookie season in 2019 where he played in all 16 games.

Remember the draft investment the organization made to get Bush? To propel up to the 10th overall pick, they handed Denver a first and second round pick in 2019 and a 2020 third-round pick.

That is a lot for any team. That is a ton for the Pittsburgh Steelers.

So it is with all that said that I’m not here to criticize Devin Bush. If someone gets hurt, they get hurt. There’s normally not much they can do about it and, in his case, there was zero he could do about it.

But to this point ---- injury aside ---- Bush has proven to be a more-than-adequate run stuffer when healthy with a very good football IQ who has struggled at times when needing to drop into coverage. And that’s when dropping into coverage against guys not nearly as good as Landry.

Certainly Devin Bush could get there. He absolutely could be that player in the middle of the defense for the Steelers.

It starts with this season. He needs to be better than what he has shown. I don’t know if he needs to lock down a guy like Landry as he said he could, but he needs to definitely show an uptick in his game if he is to validate all the Steelers did to secure him.  ​