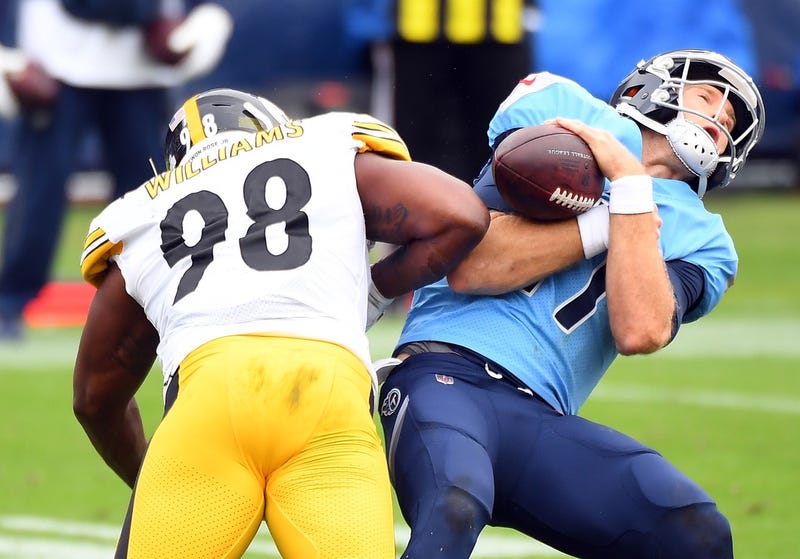 In a series of tweets on Tuesday, Williams, who walked away from the game shortly before training camp this year had plenty to say about Bush, his injury, recovery and more.

Williams pointed out to the one thing that everyone seems to go to when trying to figure out what’s going on with his play on the field, his major knee surgery last year.

“Devin is coming off of a major injury, his coach’s wife died, and he’s missing 2 of his starting linemen,” said Williams in his first tweet. “Ppl called Bud a bust and then begged him to take “a home town discount to stay”. Btw, Devin Bush is 23 years old. If he plays till he’s 30 that’s 7 years to turn his career.”

Williams goes on to say that recovery for a ACL is 8 to 12 months and that for Bush to get back to the level he was at before his injury needs 16 to 24 months.

Devin’s game has always centered around explosion and power. It takes an athlete 8-12 months just to get back from an ACL. It’s going to take at least double that to get back the high level of cutting and exploding that’s needed to look like a top 10 pick.

He then pointed out possible psychological issues Bush is dealing with.

This isn’t even considering the physiological issues he must overcome, nor does it take into account all the lost reps and experience he’s missed out on while nursing his injury.

His effort could and should be better. BUT how can you ask him to lead the defense coming off that injury at 23…. while his confidence is in shambles????

Ultimately, Williams thinks the media is burying Bush too soon.

This is obviously bigger than Devin and the media is using him as a scapegoat. It’s easy to pick on an underperforming top pick. Let’s not burry someone pre maturely because it’s convenient.

The PM Team said the way Williams played it was a bit surprising to see him to come Bush’s defense, but as former Steelers linebacker Arthur Moats points out, Williams was a mentor to Bush, a “little pup” if you will.