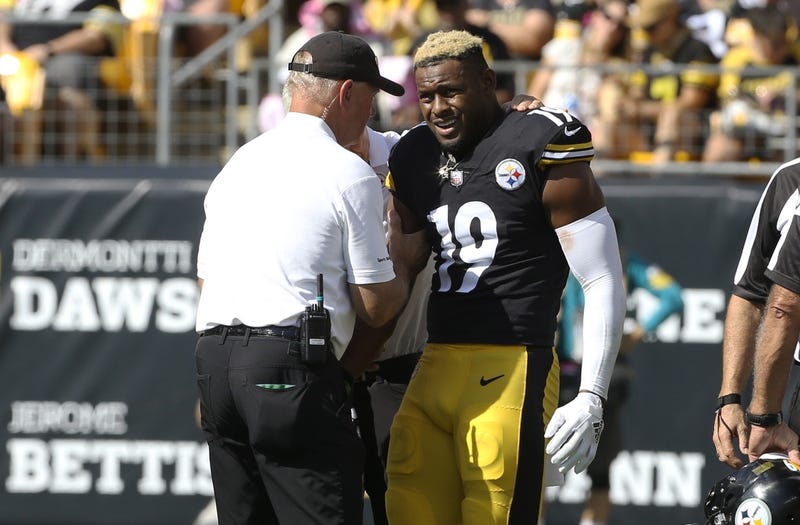 Steelers receiver JuJu Smith-Schuster confirms he has successfully undergone shoulder surgery but also confirms he will be out for the season.

Smith-Schuster was injured during the Steelers win on Sunday against the Broncos at Heinz Field.

The 24-year-old said through social media, “There’s no other way to say it, but I’m heartbroken that I’m going to be out for the rest of the season. It kills me to have worked hard all year to help our team on the field and now have my season cut short five weeks in.”

Some words from me. Thank you everyone for the love and support! pic.twitter.com/kCmhyKSXVy

Smith-Schuster adds that he will work hard in the offseason to come back next year.

The only question is will it be with the Steelers.
Smith-Schuster signed a one-year extension in the offseason for $8 million.

The goal for him this year was to prove his value as a number one receiver and hopefully sign a big deal in 2022.

Smith-Schuster took time to thanks the doctors and media staffs that are taking care of him as well as the Steelers organization, “for supporting me during this tough time!”

He ends his post with “Be back soon” but where he will be remains a question.