Former Steelers running back Rashard Mendenhall is back at it and taking a shot at former quarterback Ben Roethlisberger.

It all started on Saturday on Twitter when Mendenhall posted a photo of himself holding other players shoulder pads with the caption, “earned my stripes. @steelers #SB43,” likely from his rookie season in 2008.

Asked what those stripes were, he responded with a Super Bowl 43 ring that he got as a member of the team.

Mendenhall didn’t play in that Super Bowl though, he was placed on injured reserve in October 2008, his rookie year.

That response prompted several people to point that fact out and said it was Roethlisberger that got him that ring.

Then on Sunday, Mendenhall posted a message about Roethlisberger, calling out his leadership skills and blaming him for “the fall.”

If @_BigBen7 is the “leader” you say he is, why hasn’t HE taken credit for the fall? 🤔 What manager of a company goes to HIDE in the shadows when the results come in? We win it’s him, lose it’s me… or Tomlin huh..

It’s not known if that is referring to the fumble that hurt the Steelers chances of winning Super Bowl 45 against the Green Bay Packers.

The play in question happened just after the beginning of the 4th quarter, with the Packers only ahead by three, 21-17.

It was the first play of the fourth, when Mendenhall fumbled near the Packers 40-yard line.

It was the third Steelers turnover on offense of the game when it happened, so it’s certainly not entirely Mendenhall’s fault, but it was a huge moment.

Mendenhall could also be talking about “the fall” being the last time Roethlisberger would make it to a Super Bowl in his career, with the team suffering playoff woes or not making it at all the past 13 years.

On Monday, Mendenhall responded to a Twitter user who asked “so who’s fault was this” with a photo of the fumble.

None of you f-words play football.

Mendenhall said last summer that he did not fumble the ball in the Super Bowl. 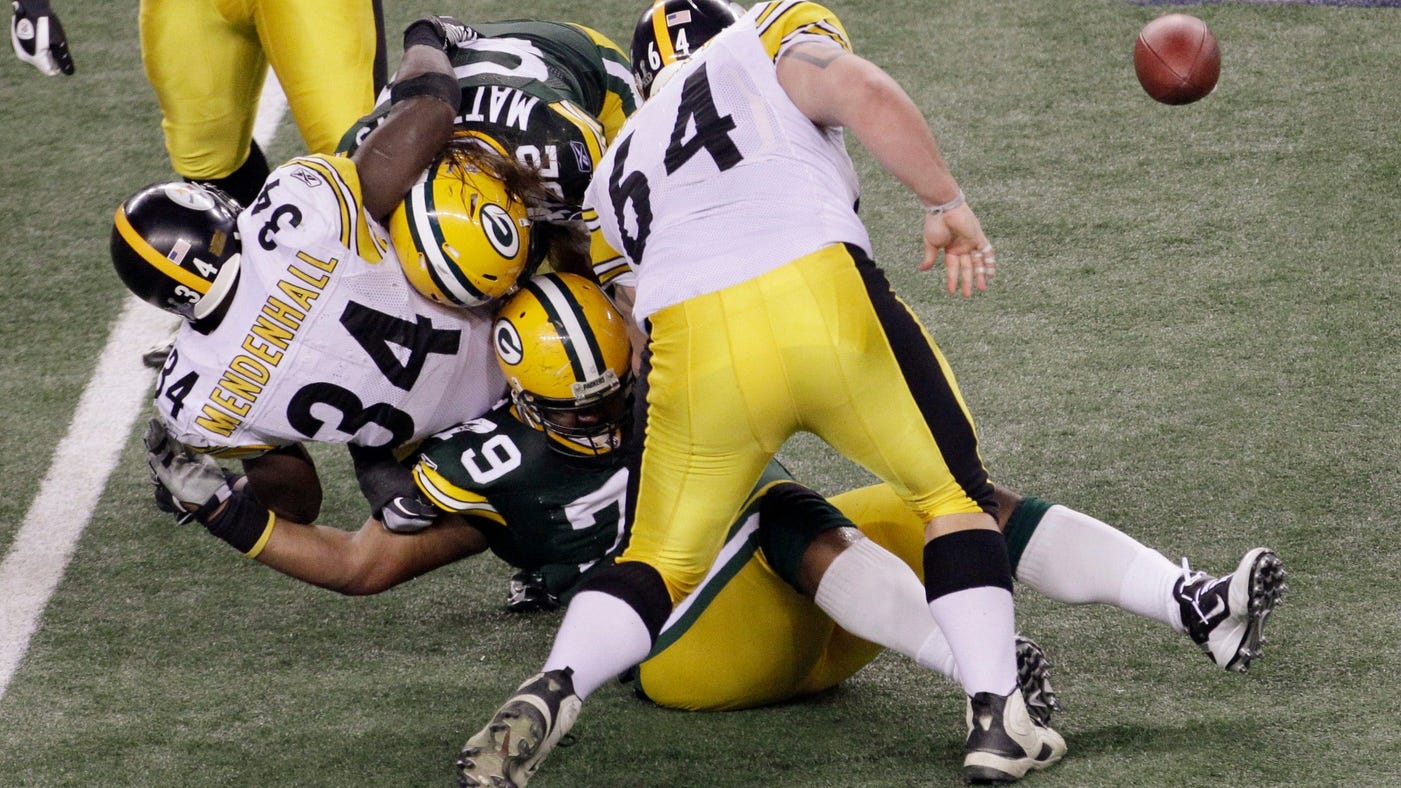 It’s been over a decade, but the play is still a sore subject for Mendenhall and Steelers fans.

As explained in the video above, Mendenhall has also called Roethlisberger a racist in the past.