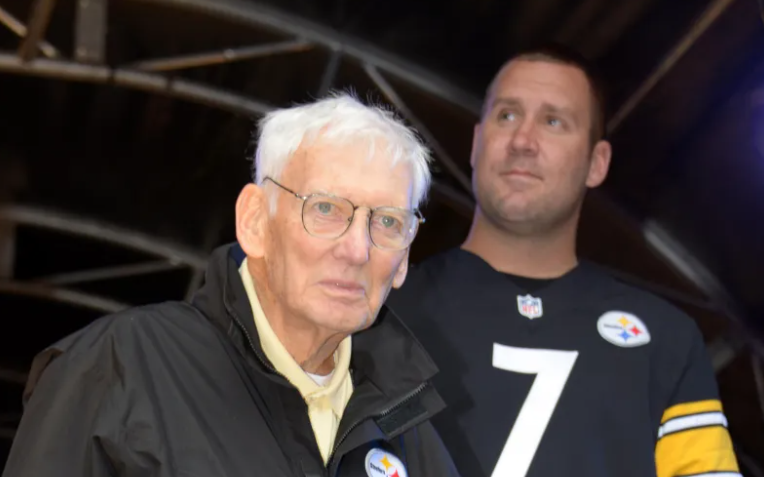 PITTSBURGH (93.7 The Fan) – The only current Steelers player to win a Super Bowl with the team is worried about the Steeler Way. Ben Roethlisberger said the loss of Dan Rooney has been a major impact to the culture around the team.

Roethlisberger said there wasn’t the music in the locker room before because of Mr. Rooney.  Ben said it was always that way and as guys started to leave the locker room that had that tradition, he, Brett Keisel, Maurkice Pouncey and others tried to keep it going.

“New guys would come in and play music & I was the grumpy old man who didn’t want music,” Roethlisberger said Wednesday.  “I had a conversation with guys like Cam Heyward and Vince Williams & told them the reason we didn’t do it because if Mr. (Dan) Rooney came in the locker room, you wanted to hear what he had to say.”

“Whether it was about Steelers, about life, whatever.  He was like a grandfather to all of us.”

“So much love for him and obviously as new guys came in and Mr. Rooney wasn’t around.  We tried to pass that on and even after he passed I tried to tell guys I wait for him to walk through that door to come talk to you.  You want to listen to him because he was so soft spoken and so wise.”

“That was always my thing of why I didn’t want the music because you never had it when he was around.  I wanted to carry that on.  The last couple of years, I relented and stopped being the grumpy guy.  If they want to listen to music, they can listen to music.”

The issue of music might just be a part of a larger discussion about culture and tradition and history.  Just because you play music doesn’t mean you don’t care or don’t respect those before you.

Roethlisberger asked about his concern about the franchise losing the ‘Steeler Way’.

“Yeah, of course you do, you worry about it,” Roethlisberger said.  “There can’t be many guys, a handful in the locker room, who remember who Dan Rooney was.  You can only tell guys those stories so much before they are like, ‘it’s just some guy talking’.  You can pass on tradition all you want, but the further you get away from something the harder it is to do.”

“There’s probably some veteran guys that I played with that watch us or hear the people talking and shake their heads and say ‘that’s not the Steeler Way or that’s not the way we used to do it’. That’s the way things go and I’m sure the 70s team looked at us, it just happens.”

There have been a few former Steelers now that have indeed said multiple things, some very pointed criticism.  Roethlisberger said with a smile he might be the one after he retires on social media with issues about the current team.

Right now he’s trying to get his team past a blowout loss in Cincinnati and on to facing their hated rival.  He looks at the Bengals game as just a bad loss, like old gum that you just spit out.  Roethlisberger said he won’t be into big talks right now.

“If you have to give guys a message at this point in the year with where we are, then maybe it’s time to get guys in there that don’t need a message,” Roethlisberger said.  “People need to understand what this is about.”