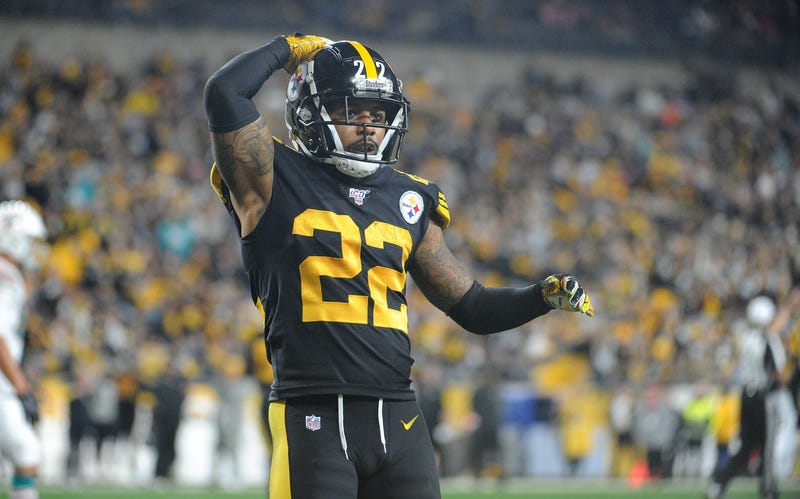 PITTSBURGH (93.7 The Fan) – Along with outside linebacker, another position to take a hit this offseason is corner. Seemingly for salary cap reasons, the team released Steven Nelson after finishing just the second year of his three-year, $25.5 million free agent contract.

Nelson had a pair of interceptions, 48 tackles (43 solo), starting 15 games in 2020.  Even though the Steelers save some cap room, they have to eat 6.1 million in dead cap space for his contract this year.

Veteran Joe Haden stays with utility corner Cameron Sutton signing a two-year, $9 million deal as he was set to be a free agent.  Steelers also have former third round pick Justin Layne and another Michigan Stater, Shakur Brown as a rookie signed as a free agent.

STARTERS – Haden is now 32 years-old as the former Browns number one pick had 44 solo tackles in 14 starts with a pair of interception including his first Steelers pick six.  Haden not just a veteran but a leader with the defensive group.

Sutton likely will start at the other corner position.  The third round pick from Tennessee in 2017 started six games, but played in all 16 as a valuable corner/nickel/slot option with three forced fumbles and an interception.  With Mike Hilton signing with the Bengals, Sutton may be used at times on the inside.

“Wherever the chips may fall as far as responsibility,” Sutton said about where he plays.  “There are times throughout the game were guys are lined up at certain positions.  Things happen between shifts, change motions, injuries.  Guys have to be able to play different roles.”

BACK-UPS – It’s not as much backups as there are times additional corners are used.  There was hype around Justin Layne after the Steelers drafted him in 2019.  The 6’2” Layne got some defensive snaps (11% of total team snaps on defense) last year playing in all 16 games finishing with 22 tackles, a majority on special teams.

Pierre is another 6’2” option the Steelers seems to be fond of.  Pierre was undrafted out of Florida Atlantic and played in 16 games as a rookie last season.  Most of those snaps on special teams.

Brown doesn’t have the quickness of some and went undrafted.  Gilbert is intriguing, while smaller, he had six interceptions and broke-up 15 passes with Duke in 2017 before a series of injuries hampered the rest of his career.

OUTLOOK – Whether Haden can still be a number one corner at 32 and if Sutton is the right partner leads the questions at this position.  Will Layne live up to the expectations?  Do they have a sleeper with either of the two, Brown and Gilbert, undrafted corners?  Relentless pressure as helped this position recently, can they stand on their own if the sacks decrease with Bud Dupree gone.