Mitch Trubisky is the Steelers starting quarterback, for now. He’s been in the league for six seasons. He’s made two playoff appearances with the Chicago Bears. He was the second overall pick in the NFL Draft. He has been named to on Pro Bowl.

He also doesn’t have the power to call an audible on every play.

Speaking to the media Tuesday, Trubisky admitted that he does not, currently, have the freedom to audible on every play, and said that he could have done so more against New England.

If the Steelers coaches don’t trust him, then why is he playing?

“It’s still early in the offense and we’re still figuring out when is a good time for me to audible and, within each play, I have the option to do so,” Trubisky said.

Trubisky’s ability to think on his feet while in Chicago was questions. So, if the Steelers aren’t trusting him, why did they sign him and why is hi playing?

It is early in the season with only two games down, but Trubisky has been with the team since March. The coaches had an entire offseason to scheme and get their starting quarterback (that they knew would be starting the season) ready.

“You chose Trubisky, you had Matt Canada with him from day one and now we’re into Week Three and you’re saying things like ‘not necessarily every play, we’re still trying to figured out’…why?!” asked Joe Starkey during Cook & Joe Wednesday. 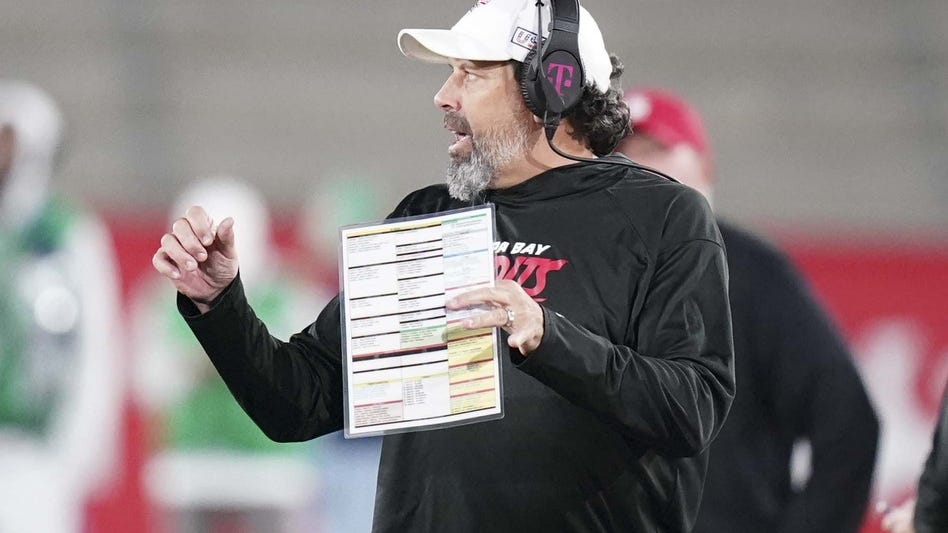 If the Steelers offense continues to sputter in the first half of Thursday night’s game against the Cleveland Browns, if you’re Trubisky, do you, at some point, do what Ben Roethlisberger did last season and just say “screw it” and do what you want with your job on the line?

Bottom line, if the Steelers don’t trust Trubisky, they shouldn’t play him. If they still think it’s too soon for Kenny Pickett…then play Mason Rudolph. Whoever it is, trust them with the football and don’t be so afraid to make mistakes.