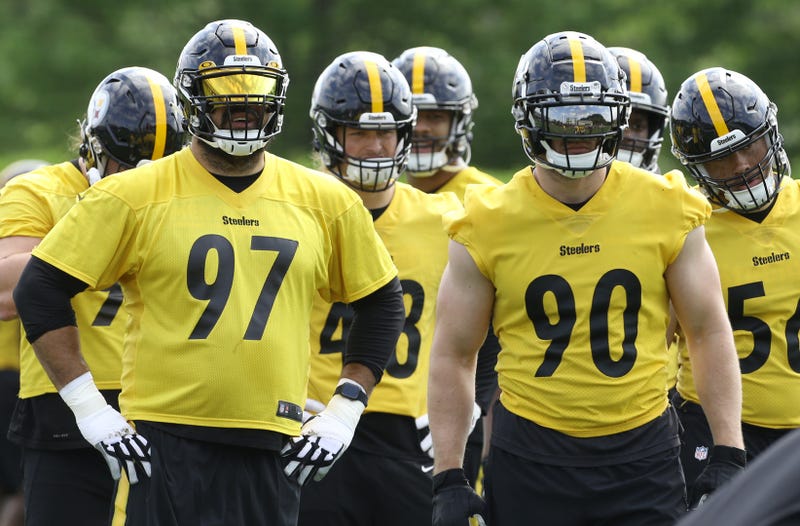 It’s now put up or shut up for the Steelers defense.

According to Spotrac, the Steelers have the most expensive defense in the entire NFL.

While there are new names like Myles Jack this is a defense that gave up 229 rushing yards against Detroit, 198 and 201 against Cincinnati, 242 against Minnesota and 249 against Baltimore.

Some point totals given up last year: 41 to the Los Angeles Chargers, 41 to Cincinnati, 36 to Minnesota, 36 to Kansas City and then 42 against the Chiefs in the Wild Card game.

Now, a lot of that money is going to three players, linebacker T.J. Watt, defensive tackle Cam Heyward and now safety Minkah Fitzpatrick, who signed a new deal on Wednesday.

Jack should help fellow inside linebacker Devin Bush. Bush has had another offseason to recover from his knee injury in 2020. Defensive lineman Tyson Alualu is back and should help the Steelers run defense, which was the worst in league last year.

Stephon Tuitt retiring doesn’t help the run defense but the hope is that Isaiahh Loudermilk can improve in his second year and the team is also seeing what DeMarvin Leal can bring after he was taken in the 3rd round of the draft this year.

With the highest paid defense in the league and the addition of Senior Defensive Assistant Brian Flores, the Steelers better be a top five defense in 2022.

On the other side of the ball, the Steelers offense is the second to last in payroll, a little over $1.3 million ahead of the Chicago Bears who come in 32nd.

A lot of that is due to Ben Roethlisberger and his big contract retiring.

The Steelers have Mitch Trubisky for cheap and Kenny Pickett will be on a rookie deal when he officially signs.

Those numbers could change though if the Steelers extend Diontae Johnson.

On offense, the Steelers need their young stars to shine if they want to be successful this season.