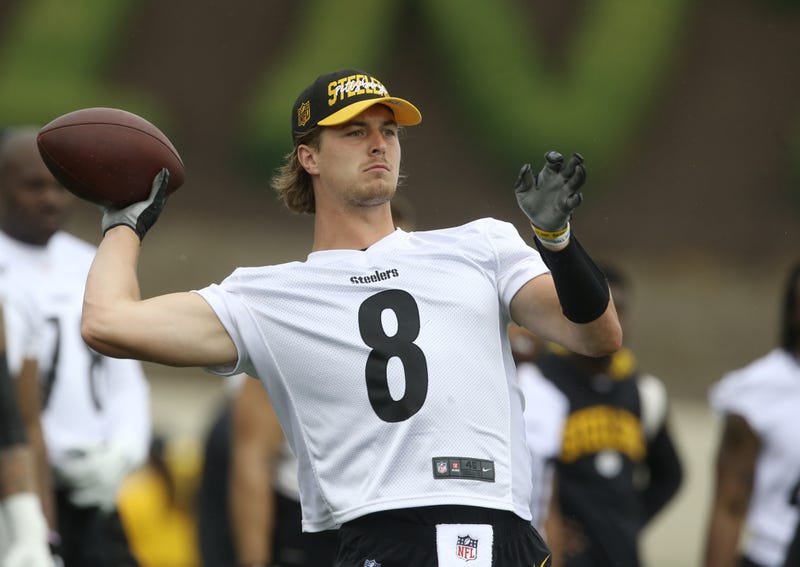 Mitch Trubisky listed as the starter, and he’s gotten most of the first-team reps.  Mason Rudolph is second, that is also consistent with how it’s mostly gone at camp.  Pickett is third.

TE
·     Connor Heyward ahead of Kevin Rader for third team, Jace Sternberger, who has seemed to have a good camp, is listed as the 5th team TE

LG
·     Kendrick Green and Kevin Dotson listed as co-starters as that battle continues. The rest of the offensive line is how it’s been since the first day of OTAs—Dan Moore, Mason Cole, James Daniels, Chuks Okorafor 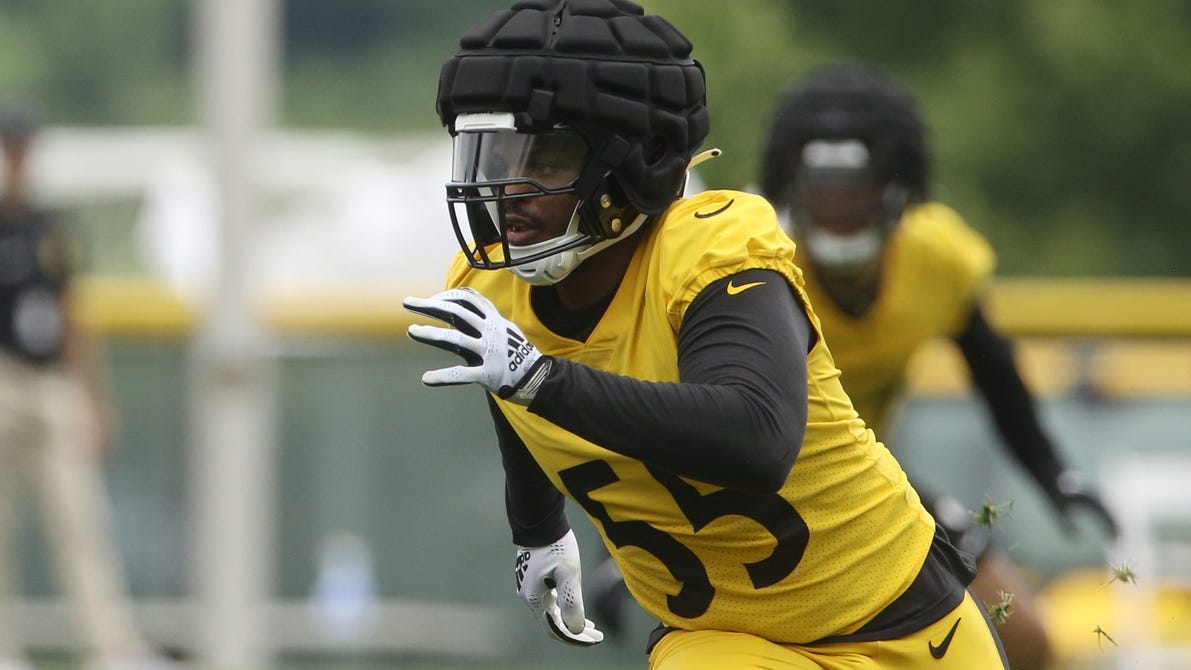 Bush in competition to start at middle linebacker

D-backs
·     Levi Wallace and Ahkello Witherspoon are co-starters on the left and Cam Sutton the starter on the right.
·     James Pierre is the backup on the right side with undrafted rookie Chris Steele on the left.
·     Terrell Edmunds starting ahead of Damontae Kazee at strong safety with Tre Norwood the back-up to Minkah Fitzpatrick at free safety 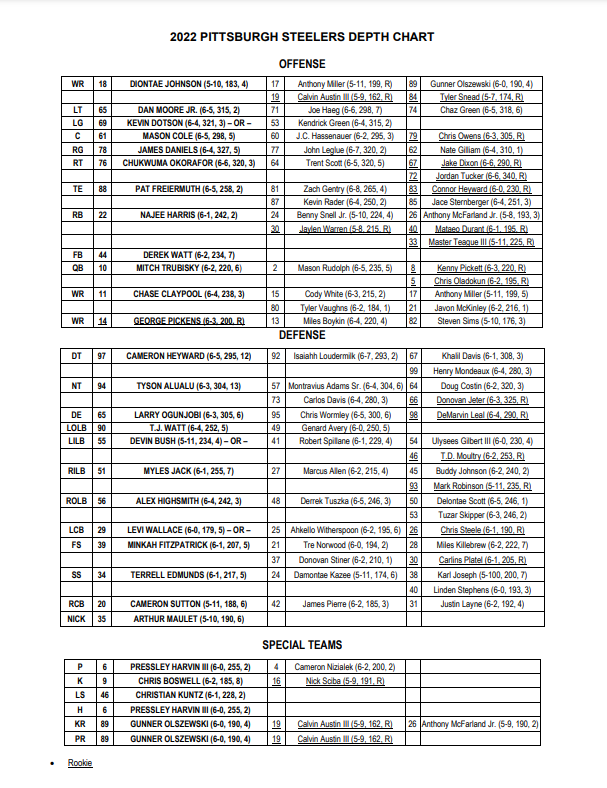