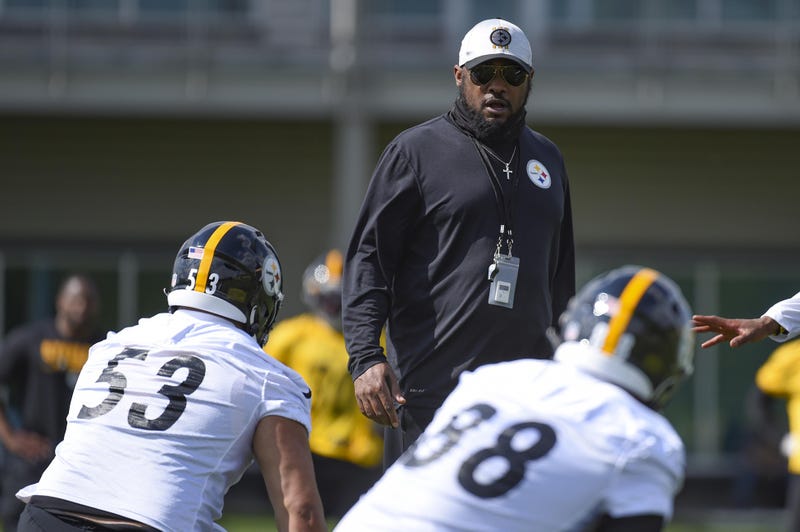 PITTSBURGH (93.7 The Fan) – Steelers players described first practice for Ravens week as intense, trying to regroup after the 41-10 loss in Cincinnati.

“Good, a lot of fun,” said linebacker Joe Schobert.  “A lot of people flying around hitting, pads were popping.  It was a good day at practice.”

“We got our butts whooped,” said defensive lineman Chris Wormley.  “Anytime you lose by that much and in that fashion.  It’s nice to kind of have someone get in your butt a little bit.  I think a guy like me, I appreciate a coach that takes things seriously.”

“I think today we had a good practice and we are just trying to carry that message for the rest of the week and rest of the season.”

Players describing Mike Tomlin as focused and to the point and leaving little doubt that one of his favorite cliches of ‘the standard being the standard’ was not executed against Cincinnati.

“Everybody has to look at themselves in the mirror,” Schobert said.  “Things we can all get better at from the game tape.  Coach Tomlin to a man made sure everyone knew it on Monday, I think guys are really stepping up to the challenge.  I think guys are going to face adversity during the football season, it’s about how you respond to it.”

“Coach Tomlin was very loud, Cam Heyward always is going to be talking.  TJ Watt, obviously, was not in the meetings.  During the game (Watt) was talking loud, making himself known.  We have a lot of leaders on the team, but Coach Tomlin pretty much took the floor for our meetings this week.”

Tomlin said on Tuesday he would likely have a full padded practice and that was the case on Wednesday.

“From a football playing level it was unacceptable, that was made known, obviously in meetings,” Schobert said.  “We have to come buckled up chin straps ready to work.  Another AFC North opponent this week and have to prove ourselves to ourselves.”

“It’s the next game,” Wormley said of playing his former team.  “We are coming off not winning a game for three weeks.  It’s a division game and we only have six games left.  If we want to make the playoffs, and that’s our goal, we are going to win almost every game.”

“The best team in the AFC, the Ravens, have three losses,” Schobert said.  “Everyone else has four, we have five.  We are right in the thick of things if we can do our jobs and turn around and win football games.”

“You buckle your chin straps and come up and start hitting people on Sunday.  I think they (results) can change real fast.  That’s the attitude of the team and defense.”

“We will see on Sunday.”