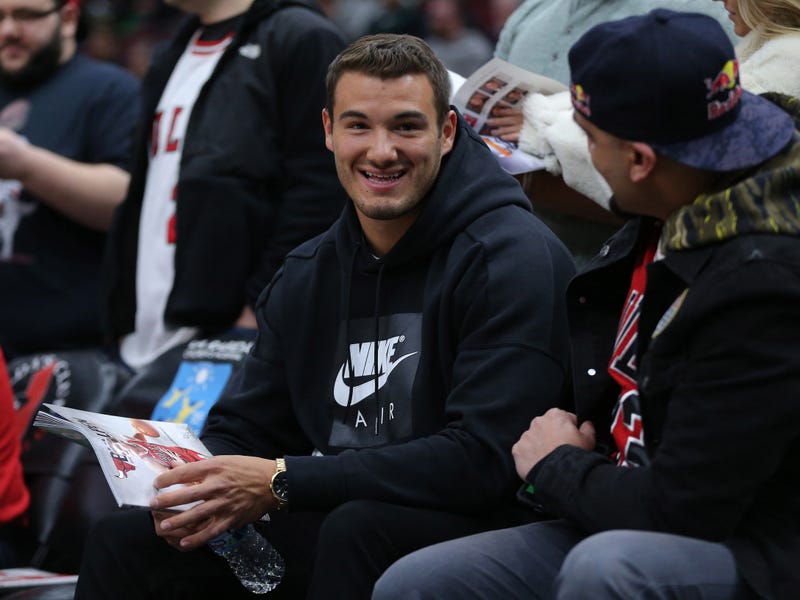 Mitch Trubisky (10) prior to the first quarter between the Chicago Bulls and the Cleveland Cavaliers at the United Center. Photo credit © Dennis Wierzbicki-USA TODAY Sports
By Andrew Limberg

Steelers quarterback Mitch Trubisky and his wife Hillary have announced the birth of their son.

Trubisky signed a deal with the Steelers in free agency. It’s a two-year deal worth $7.1 million.

Trubisky could make over $26 million if he meets incentives in his contract.

Trubisky said when he signed with the Steelers that his baby was going to be born in Pittsburgh, with a May due date.

Since being drafted second overall in 2017, Trubisky hasn’t exactly lived up to his potential.

Even though the Steelers drafted Kenny Pickett 20th overall in this year’s draft, the Steelers have said that Trubisky will get a chance to compete for the starting job.