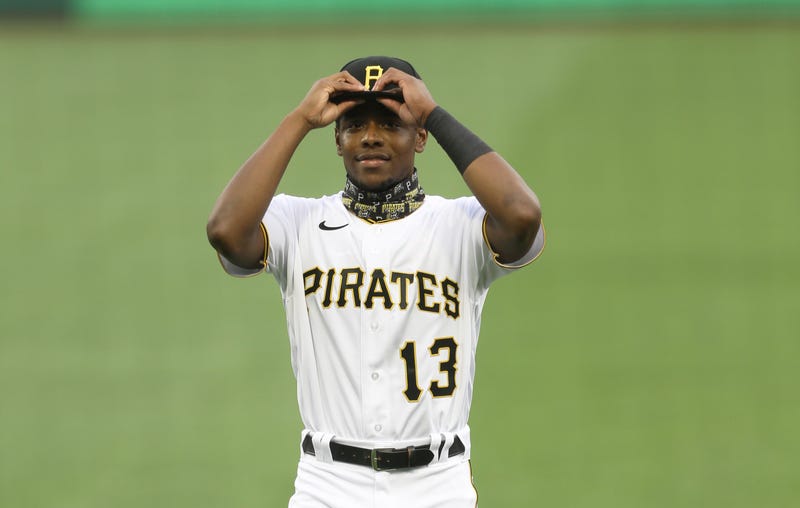 STORY: The Steelers GM joined The Fan Morning Show Wednesday to go over a variety of things before the 2020 season. He touched on the ongoing contract talks with Pro Bowl defensive end Cam Heyward and said, "When we have a great player, we always want them to finish their career here and when that player has the same desire, it's usually something that can be worked out."

SPIN: The longer this thing goes on, the more nervous you get as a Steelers fan. I get it. But, I would be shocked if this doesn't get done before that ball gets kicked off next Monday night against the Giants. Colbert also mentioned that they have some time, about a week, to get everything in place. He knows exactly what he's up against and I think it's just stalling and waiting any potential disasters with the season and/or the league between now and then. He knows the salary cap won't go below $175 million this year, but beyond is a little cloudy. Who knows what happens from there. But I think Colbert recognizes how important he is to the team and the community and something will indeed be worked out soon.

STORY: The Penguins announced on Tuesday that Sidney Crosby underwent successful arthroscopic wrist surgery on Monday. Recovery time is expected to be 3 to 4 weeks.

SPIN: Add this to the list of injuries after the season, as there always seems to be. Evgeni Malkin already underwent shoulder surgery a couple weeks ago and now the Penguins' other star goes under the knife? Is it an excuse for the early exit in the playoffs? Not to me. The Pens have plenty of issues beyond just Malkin not doing much and Crosby was actually one of a few players who showed up to play in that Montreal series. The putrid power play, the very average goaltending and the lack of production from the third line where much more the culprits.
I do wonder...how many more injuries can both Crosby and Malkin take? When do we start to worry about how well they can hold up as they enter their age 33 and 34 seasons, respectively? Every injury makes me question that more and it will be a monitoring to see if these two are still playing at the high level that are so accustomed to. Keeping them healthy is even higher priority from here.

STORY: The Pens announced Wednesday that Todd Reirden has been hired to oversee the team's defensive unit and power play. They also hired Tom Vellucci to work with the forwards and penalty kill units. The Penguins also gave goaltending coach Mike Buckley a two-year contract extension. ​

SPIN: Reirden, at the very least, knows the Penguins well. And they know him well. Reirden served in essentially the same role as he will assume this time around from 2010-14 before leaving for the Washington Capitals where he won a Stanley Cup as an assistant and eventually became the head coach. Adding a head coach to a staff is never a bad thing in my mind, and we know that power play unit needs some help. Quickly. He claims that he has learned a lot since his first time as coach, which I'm sure is true. He accomplished a lot in Washington. Only time will tell how the fresh voices and faces serve them, but Jim Rutherford is never afraid of a shake-up.

SPIN: Adam Frazier, Trevor Williams, Joe Musgrove, Chad Kuhl, Keone Kela, Chris Stratton, even Richard Rodriguez were all names that were being thrown around as potential trade candidates for the Pirates entering Monday and....none of them left. I'm not quite sure what is a scarier thought....that GM Ben Cherington held on to these guys because he values them too high and didn't like the offers that came his way. Or, and I believe this is more the case, that he just didn't get very many offers at all. Rumors after the deadline say that the Pirates were close to dealing Joe Musgrove to the Blue Jays.
This further drives home to me that 2020 is as close to a wasted season as you can get. Yes, there was a top prospect who made his debut (more on that coming), but the Pirates have suffered injuries, their young players have not played well to this point giving you no indication of what they can be as Major Leaguers, and they couldn't get anything for the guys who aren't going to be part of the next winning team here whenever that is. It was already going to be a tough year to develop and evaluate players in a 60-game season and this only adds to the frustration.

1. Ke’Bryan Hayes Arrives To The Show​

STORY: The long-awaited (at least for him) debut for Ke'Bryan Hayes came on Tuesday against the Cubs and, of course, he stole the show. Hayes went 2 for 5 with an RBI double and a solo home run in a 6-5 extra inning loss.

SPIN: All eyes are on the kid. With the season slipping away, 11-24 heading into Friday's doubleheader against Cincinnati, the Bucs can at least take a peak at their future by picking Hayes up. I think we might need to do some re-thinking and re-shaping on our expectations, though. It's easy to tout him as the next "face of the franchise, build your team around him" guy and, while he might just be, who knows, I don't think that's the right mindset.
What Hayes has been throughout his professional career to this point is an outstanding defender. Pirates broadcaster John Wehner gushed over his defensive skills on The Fan Morning Show this week, saying he was going to be Gold Glove candidate someday. But he's also been a .260-.265 hitter and projects to be that at the MLB level. He does have some pop, he showed that in his debut, but he projects to hit 20-25 per year if all goes well for him. I think he'll be a very solid player and he's definitely someone to get excited about, especially in these dark days of Bucco baseball. But, he'll need some more talented players around him in order to be part of that team that Cherington keeps referring to as "when we're good" again. Hopefully that help comes sooner rather than later.