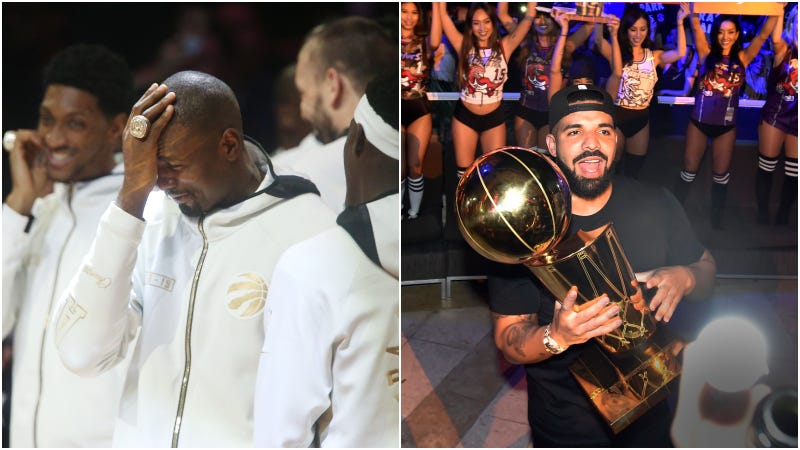 The Raptors are a really big team, and they need some really big rings.

The Toronto basketball team presented players and coaches with what they are calling the “largest NBA championship ring” ever, according to ESPN.

The event took place prior to tipoff of Toronto’s 130-122 overtime win against the New Orleans Pelicans on Tuesday night. Procedures included the unveiling of the 2019 championship banners in Scotiabank Arena.

A historic ring for a historic accomplishment. #WeTheNorth pic.twitter.com/IZdkXQTj4B

“A historic ring for a historic accomplishment,” read the caption to a tweet from the team’s account on Tuesday afternoon before the game.

The ring includes a 1.25-carat diamond, the largest single diamond in any pro sports ring, and 74 diamonds in and around the Toronto skyline representing the team’s 74 wins this season.

The rapper, superfan and ambassador for the team, also received one of the rings. Because he’s Drake, he also had a separate ring commissioned with over 30 carats of diamonds.

“We Major,” the Toronto rapper captioned an Instagram photo showing off his two new rings side by side.