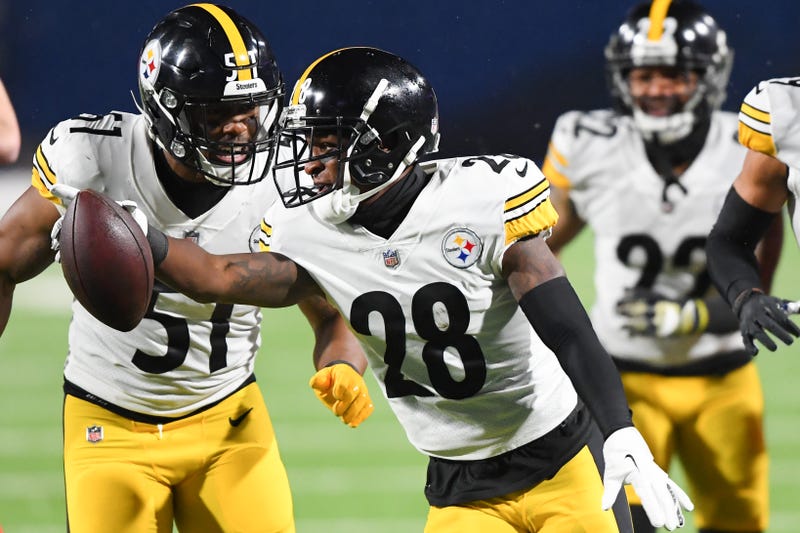 PITTSBURGH (93.7 The Fan)- Ben Roethlisberger signed a new contract at the end of last week, taking a $5 million pay cut while also allowing the Steelers to free up $15 million in cap space.

So what will be the practical impact of this move be in terms of other players the Steelers may be able to sign and/or bring back in 2021?

Steelers insider Ed Bouchette joined The Fan Morning Show Monday morning to review what the Steelers could do from here and he said that, largely, not much has changed from a money standpoint.

“You can sign Zach Banner. You can try to sign Cam Sutton and/or Mike Hilton. And Matt Feiler.”

That’s it. That’s where Ed stopped his list of candidates to be able to return.

You can probably take James Conner off that list as well. There are still some other moves the Steelers can try to make to free themselves up some cap space if they so choose. These that may involve having some interesting conversations with league veterans.

“I could see them going to Joe [Haden] and maybe seeing if he would take a pay cut. There’s still some money there that they can, as we like to say, kick the can down the road.

They could do it a little bit with [Stephon] Tuitt, now Tuitt’s only signed through 2022 but they could save $4 million under the cap this year by restructuring his contract. You could save another $1 million with [Chris] Boswell by doing the same thing. He’s signed through next year. You might want to do something with Vince Williams, he’s due $4 million. You go to him, ‘Hey, will you take 2? The quarterback just took a haircut, will you take one, too?’ If not, maybe you could save $4 [million] with him.”

If we’re talking free agency outside of the Steelers organization, Bouchette thinks there’s one man out there that would make some sense. In this case, it would be a return to the organization: BJ Finney.

So, what we’re saying here is that you can expect another offseason in which the Steelers aren’t very active in free agency and are really just trying to keep as many of their own assets as possible.