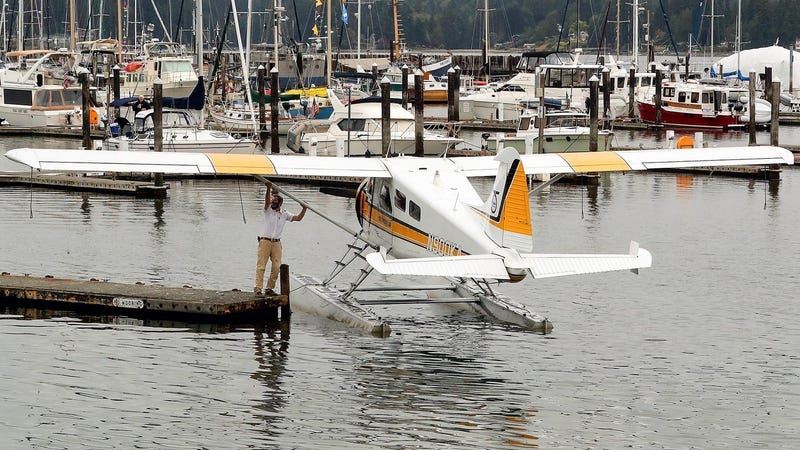 It's a classic Pacific Northwest experience that everybody should try at least once: taking a Kenmore Air seaplane up to the San Juan Islands or Victoria, B.C.

But if you're down in the South Sound, it's a project -- first you have to drive to the Kenmore Air harbor on South Lake Union, which adds at least an hour to each end of your trip.

That's going to change next year, though. The Seattle Times and the Tacoma News Tribune are reporting that late in 2023, Kenmore Air will begin flights from a new seaplane dock and terminal on Commencement Bay in Tacoma. The Puyallup Tribe is building the new facility on property it bought along Ruston Way. Maybe you're familiar with the Ram restaurant; that's the spot. And BTW, the Ram will stay. Another building, where C.I. Shenanigan's used to be, will be transformed into a new restaurant featuring Native and international cuisine.

The idea is that if you live in the South Sound, you can get up to the San Juans and to Victoria way more quickly than if you had to make the drive to Seattle. And the Puyallup Tribe, which owns the sparkling new Emerald Queen Casino in Tacoma, hopes to attract more Canadian customers who'll be interested in easy access to the casino and its adjacent luxury hotel.

The Tribe says they'll start next year with one plane going back and forth from the Ruston Way waterfront to the islands, but they hope to add more planes and more flights, in addition to sightseeing and charter flights out of Tacoma.

The Tribe and Kenmore Air are also partnering to create a job training program which will result in a bigger pool of workers for the new terminal -- workers who are specifically trained in aviation-related positions.