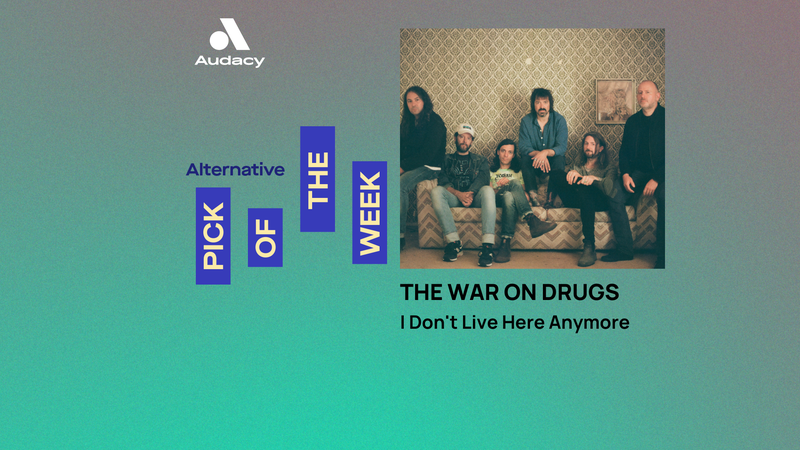 This week’s Audacy Alternative Pick of the Week is The War On Drugs with "I Don't Live Here Anymore."

About The War On Drugs:

The War On Drugs present “I Don’t Live Here Anymore,” the stunning title track/video off their new album and first in over four years, out October 29th on Atlantic Records. I Don’t Live Here Anymore is an uncommon rock album about one of our most common but daunting processes--resilience in the face of despair. At the start of “I Don’t Live Here Anymore,” bandleader Adam Granduciel sings “I was lying in my bed, a creature void of form/Been so afraid of everything, I need a chance to be reborn,” reminding us of the universal struggle of redemption. Co-produced by Granduciel and Shawn Everett, the song features vibrant backing vocals by guests Lucius. Together, they sing: “We’re all just walkin’ through this darkness on our own.”

The “I Don’t Live Here Anymore” video, directed by Emmett Malloy, was filmed throughout Los Angeles and nods to classic rock and roll videos of the past.

I Don’t Live Here Anymore is The War On Drugs’ first studio album since winning the Grammy for Best Rock Album in 2018. It was recorded over the span of three years in seven studios, culminating in a dozen-plus sessions throughout Los Angeles and New York. Granduciel and Everett spent untold hours peeling back every piece of these songs and rebuilding them, playing upon the band’s particular combination of intricacy and imagination.

Last week, The War On Drugs performed I Don’t Live Here Anymore’s album opener, “Living Proof,” on the season premiere of The Late Show with Stephen Colbert. After a performance at Desert Daze this November, they will begin touring in support of the album in January 2022, visiting some of the largest venues they’ve ever played, including their first headlining show at Madison Square Garden.