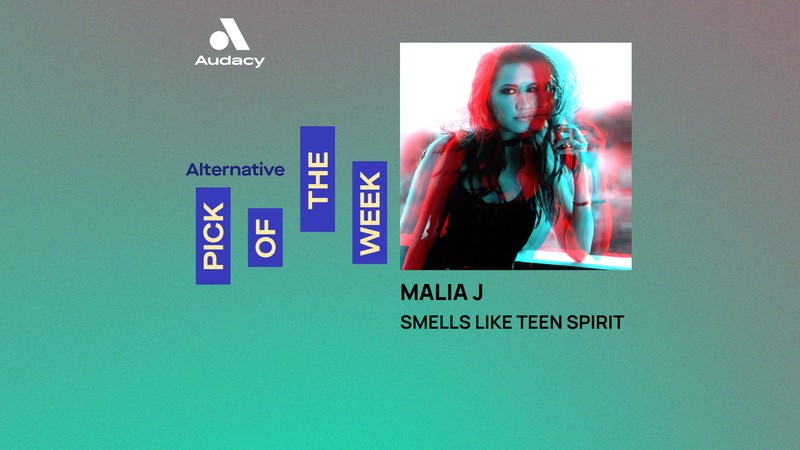 This week’s Audacy Alternative Pick of the Week is Malia J with "Smells Like Teen Spirit."

The unconventional rise of Hawaiian-born Malia J has seen her tour the world as a classical oboist before discovering "her voice." Trained at Interlochen Arts Academy, Malia's debut cover of Nirvana’s “Smells Like Teen Spirit” was selected for the opening sequence in Marvel Studios’ Black Widow. The song exploded to #1 on Spotify Global Chart, #1 on iTunes Alternative Chart, #3 Amazon Music and #4 on Shazam Global Chart being the first time the Nirvana estate has ever permitted a cover of the song to be used in a film.

Black Widow is not the only time Malia’s voice has been featured. In 2018 she won a Clio Award for the Season 2 trailer for the Emmy and Golden Globe-winning Hulu series The Handmaid’s Tale for her cover of Buffalo Springfield’s “For What It’s Worth.”

Malia is currently putting the finishing touches on her debut album.  “I've always written my own music.  My covers of Nirvana and Buffalo Springfield were for fun.  I just recorded them as if they were my songs."