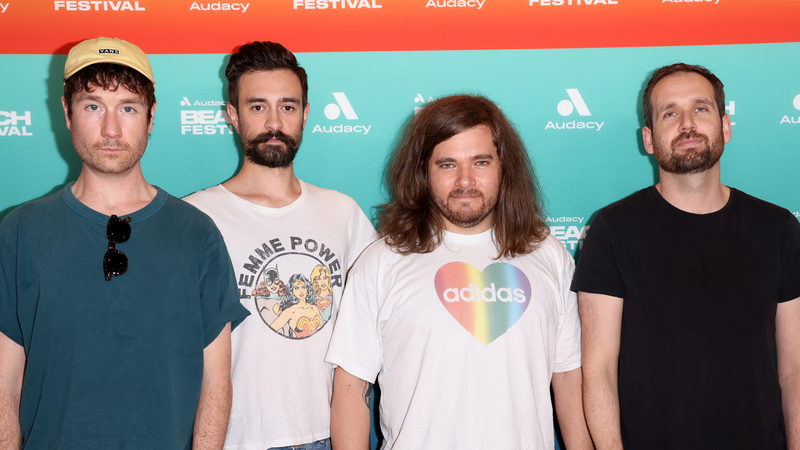 Bastille has big plans for 2022, starting with their single “Shut Off The Lights,” and announcing tour dates for the middle of this year.

Listen to Bastille and more on the Audacy Beach Festival station.

After dropping their latest single “Shut Off The Lights” from their fourth studio album Give Me The Future out February 4, the British band celebrated that amazing news with even more amazing news, and announced their 2022 US tour dates.

As part of their upcoming Give Me The Future Tour, Bastille will start off on May 14 in Memphis, TN. Making stops in Los Angeles on May 20, New York on June 7, and more.

Continuing to give us a preview of what’s to come on Give Me The Future, “Shut Off The Lights” follows previous singles including “No Bad Days,” “Distorted Light Beam,” “Thelma + Louise” and the record’s title track.

As explained by frontman Dan Smith, “‘Shut Off The Lights’ is about being pulled out of your future-fearing anxieties by the person you’re lying next to. It’s about intimacy and physical connection, rejecting our worries about life and the future for a minute, and unplugging from it all to really be present. It’s a fun, real, human moment in the middle of this big album.”

Listen to Bastille’s latest released track above and check out the Give Me The Future 2022 US Tour date below.