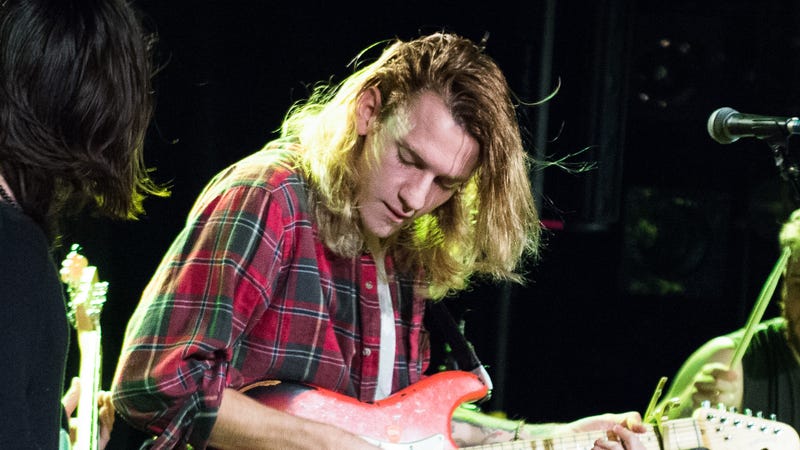 Audacy host Brad Steiner welcomed Indie outfit Beach Weather this week to our studios in NYC to talk about their return to the fold after an almost six-year break with new singles, a forthcoming full-length, and a string of scheduled live dates.

"We've always kind of done stuff together before the band, during the band, after the band," says frontman Nick Santino. After "throwing some songs around" during the weirdness of 2020, here they are, back with new music and a lot more to look forward to.

After releasing two records in 2015, he says Beach Weather "took a little break because I think we were, just like anybody, getting a little burnt out in our lives... a lot of living in a van for a lot of period of time can do a pretty big number on people and their brain. We were just at this point where we wanted to go home and reassess. I went home, got married, had two kids -- something I wanted to do forever but always felt like I pushed it off because of touring. Now I'm 34 and got this thing going again, for me personally it's incredible. I'm psyched."

The band's early summer single, "sex, drugs, etc.," should sound familiar to anyone who had seen the band live before their break, as it appeared at the end of their live sets, although they never pushed it any further. Crowds loved it, "and it always became a personal favorite," says Nick, but its release in 2022 has an even deeper meaning. "The message of the song being about social anxiety and overcoming all of that is kind of cool," he admits, "because I think a lot of people attach themselves to that meaning... I think people have been through a lot, so it's like, now is a good time for 'sex, drugs' to be a song for those kind of broken people. We're still figuring out the 'etc.' part."

Fans will be happy to hear that the new singles will be featured on a full-length release, recorded last summer, and that "we've been kind of sitting on it since," Nick says. "It's called 'Pineapple Sunrise'... it explains itself when you hear it," he adds with a laugh. "It's got a little bit of everything: we have some beachy songs, and then we have more heavy, aggressive songs -- 'Unlovable' is one of those -- and everything in between. We just made songs that we enjoyed."

Listen to the full interview above, follow along with Beach Weather for updates and tour dates, and stay tuned for even more conversations with your favorite artists right here on Audacy.