International superstar rockers Måneskin joined Audacy's Megan Holiday for a chat in the DTS Sound Space, hot on the heels of an impressive five weeks at the top of the charts with their single "Beggin'."

Winners of the 2021 Eurovision contest with their song "Zitti e buoni," the Italian-born foursome consisting of Damiano David, Victoria de Angelis, Ethan Torchio, and Thomas Raggi, have been putting in the hard work since forming in Rome in 2016.

Since their big win, each member has had plenty of "pinch me" moments, including their first visit to the United States, which of course included attending the Gucci Fashion Show and roaming around the shops at Los Angeles' Venice Beach.

The band just made their U.S. television debut on The Tonight Show Starring Fallon with an incredible live performance of their global hit single "Beggin'" at the end of October. Recorded in 2017, the track saw a recent resurgence on TikTok much to their delight, and ours, honestly. "Yeah, we did nothing and we realized after like a week we saw it was climbing the charts," says bassist Victoria De Angelis. "We were like, 'why, what's going on?'"

Having that organic interaction was exciting for the group, "because it means that people are enjoying the song without any promotion or anything, it's just going natural." The original track, made famous by Frankie Valli and The Four Seasons in 1967, is just one of many covers Måneskin has taken on since forming the band, and quickly became a favorite.

The band burst onto the scene in the States with their 2021 single "I Wanna Be Your Slave," from their sophomore album Teatro d'ira: Vol. I, displaying the undeniable Alt-Rock sound that Måneskin has become known for. Now they're back with another dancefloor destroyer, "MAMMAMIA," and we can only assume, serious plans to take over the universe next... But they got their start humbly on the streets of Rome, busking for a day's pay and a shot at the big leagues.

Singer Damiano David says they learned a lot from that time, mainly how to "catch the attention of people, because you don't have an actual audience," he explains. "You have pedestrians walking around and you have to grab their attention, and keep them in front of you... and also steal their money," he jokes. "I think that our stage presence and our performing, in general, was really affected by that." Guitarist Thomas Raggi agrees, adding "it was like a gym for us, because we played in the street every day for hours," getting them ready for this very moment. 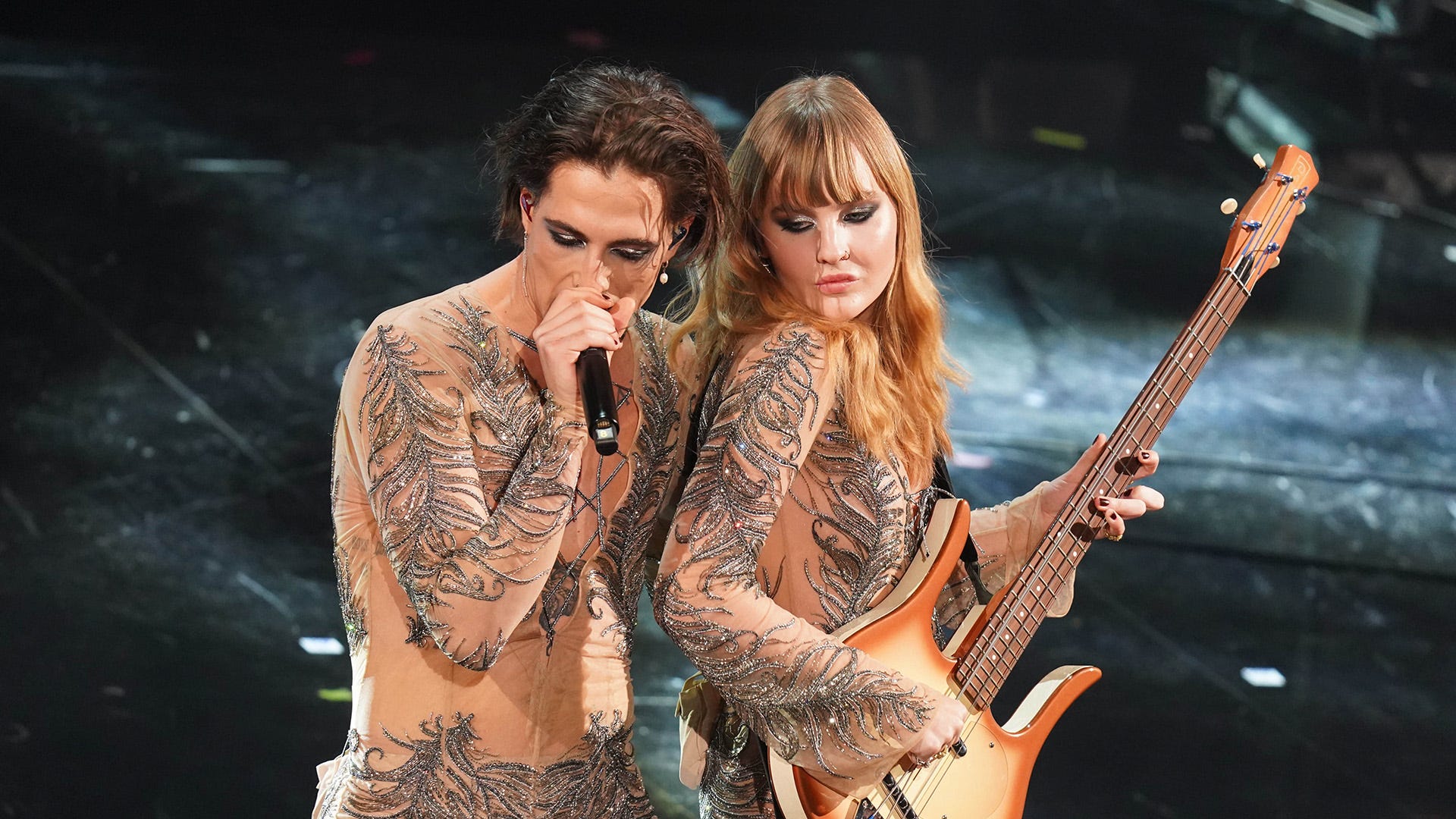 From buskers to 'Eurovision, Måneskin explains their rise to stardom

Don't miss our full chat with Måneskin above, and stay tuned for even more exclusive performances and conversations with your favorite artists from Audacy's DTS Sound Space. Plus, check out our huge list of all-new exclusive stations -- curated for fans, by fans -- right now.