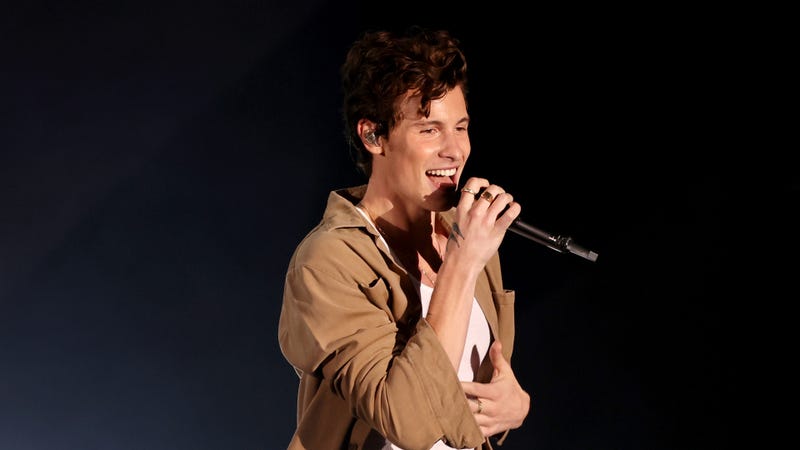 Audacy, in partnership with the American Foundation for Suicide Prevention (AFSP), is proud to present its sixth annual I’m Listening broadcast. Tune in Wednesday, September 21 from 6PM to 8PM local time via Audacy stations nationwide and free Audacy app.

This year’s event will feature artists, athletes, and experts sharing honest conversation about their personal experiences with mental health in a continued effort to raise awareness and support. Because talk saves lives.

One of the many celebrity guests joining this year’s broadcast is Shawn Mendes. Never one to shy away from the topic of mental health, during a previous conversation with Audacy, Shawn shared about his process of finding peace with criticism and how journaling has helped his writing.

When asked about things he does to make him a better writer, Shawn revealed, “when I take the time to like actually wake up in the morning and journal it really helps, because it helps me kinda collect my anxieties and fears, which is usually what I’m writing about. When I’m really into my journaling I become a much better writer.”

While Shawn has always written his songs form a place of truth, there was a certain shift in his career when he truly started speaking from his soul and worried less about being relatable,  which one could argue would result in people relating to him more.

LISTEN NOW: Shawn Mendes on the process of finding peace with criticism and how journaling has helped his writing.

Opening up about how being vulnerable with his lyrics doesn’t necessarily translate into more people relating to you, Shawn confessed that’s something he’s learned to be okay with. “I think that is part of the thing that everyone has to accept,” Shawn noted. “There is no key or trick to getting everybody to like what you do. The truth about it is that some people won’t and some people will. I think that was the process that actually ended up happening for me. Maybe no more or less people liked what I did, or connected with what I did, but I was a lot more OK with the people who didn’t.”