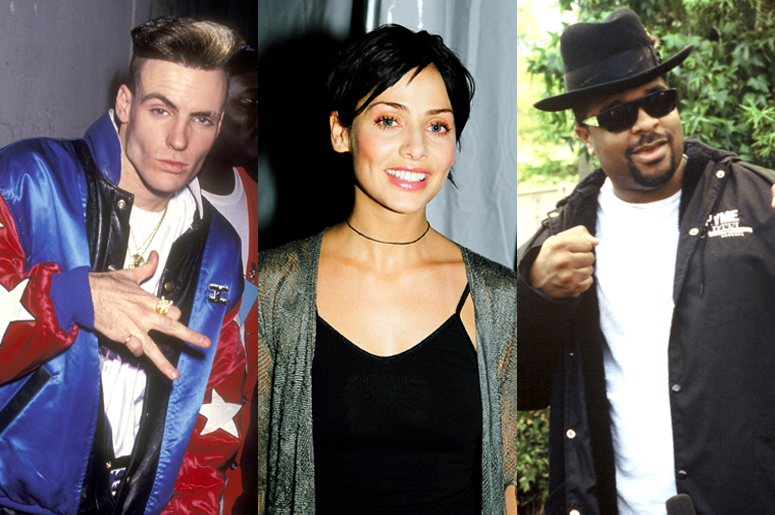 Every decade is iconic in it’s own way, and the 90s don’t differ. After all, the decade is responsible for introducing us to Britney Spears, the rise of the boy band and simultaneously grunge. When it comes to music, the 90s did us right. With that said, some of the most memorable tracks of the era came from artists whose names we've either forgotten or never actually knew in the first place. However, with those odds stacked against them, they managed to prosper and now live in one hit wonderland.

While we could without hesitation list an additional 50 if not more, unfortunately we don’t have all day, so we narrowed it down to 10, but just know the selection process truly pained us. So here they are, listed chronologically, so we weren’t swayed to sequence them by personal preference.

Obviously this one’s gotta make the list, it has single handedly kept Vanilla Ice relevant until, well about 3-5 years or so ago. "Yo, VIP, let's kick it!” Accompanied by the sample bassline of "Under Pressure,” (we know it is) and all 90s teens knew Ice was back with a brand new invention. Did it ever stop? For this particular song no, as for Vanilla Ice’s career, that's a hard yes

We shudder to think of a world without Sir Mix-a-Lot’s “Baby Got Back." Luckily that’s something we’ll never have to know. Referenced, sampled and danced to since it’s debut in ’92, this undeniable bop wasn’t Mix-a-Lots only, but is the only one we remember.

Written as a means to make fun of the models that frequented their London based gym, “I’m Too Sexy,” funnily enough wound up number 1 on the charts in 70 countries. Like a glitter bomb it blew up, and like a glitter bomb it’s left remnants of itself for us to find until today. Everybody knows this song, and can’t help but sing along whenever it’s on.

If anything, ya’ll know this jam from the Will Ferrell and Chris Kattan classic A Night at the Roxbury (you know the scene). It's pulsating beats and techno vibes have kept it going until today. Btw we’re sideways head banging as we right this in honor of the track.

Literally Deep Blue Something's only hit, this catchy pop-rock hit remains a classic to this day since it’s debut in 1995. And while we never heard from the band again, we definitely heard this song again... and again... and again…. And somehow we still don’t know the lyrics, well except for when they say the words “breakfast at Tiffany’s.”

We wonder if when Semisonic was writing this song, for one, knew it would be there only hit, and two, be the designated go to last call song for the rest of time. Since its release, “Closing Time” has not only been almost everyone’s graduation song, but most of all it's the song you play when it’s time to go home, from the bar, a wedding, a house party, you get the deal. Odds are, they had no idea, but alas tiss the fate for their only hit, so that’s just the way it is.

Mmhhmm you already know. Of course “MMMbop” is making it on this list. Yes Hanson’s released new music since their 1997 hit, but go ahead and name any of those tracks that hit like this, don’t worry we’ll wait.

She might have only had this one hit, but Natalie Imbruglia had a gift of reaching into the hearts of every self-respecting 90s teen journeying their way through adolescence. Nominated for, but not nabbing the GRAMMY for Best Female Pop Vocal, “Torn,” did however win the esteemed privilege of never being forgotten by an entire generation and some might say beyond.

Odds are you definitely didn’t and still don’t know who sang this, but you definitely know the song. And if your 90s self was at all into teen drama in both movie and tv series form, you’ve also definitely heard it… a lot. After comparing a woman to “Cleopatra, Aphrodite and Joan of Arc,” Tal Bachman was seemingly never heard from again.

Not every boy band could be so lucky to reach *NSYNC status, case in point - LFO. However with that said, the trio did deliver us this one certified bop, and we’ll take it if we had one wish. If not only for the use of the lyrics “Chinese food makes me sick,” seemingly for no other reason than to rhyme with the word "hits," which now that we think about it, barely does.