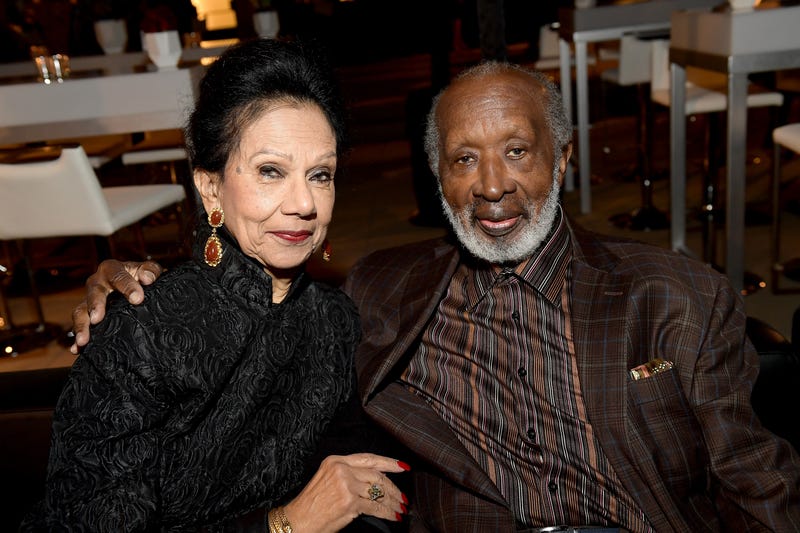 LOS ANGELES (CNS) - Arraignment was postponed until Wednesday for the man charged with murder and other counts in the shooting death of Jacqueline Avant, the wife of music executive Clarence Avant, during a robbery at the couple's Trousdale Estates home in Beverly Hills.

Aariel Maynor, 29, of Los Angeles, was originally scheduled to be arraigned Tuesday, but the proceeding was pushed back to Wednesday for an unspecified medical reason.

Maynor was charged Monday with one count each of murder, attempted murder and being a felon in possession of a firearm, along with two counts of residential burglary with a person present, according to the Los Angeles County District Attorney's Office.

The criminal complaint also includes an allegation that Maynor used an assault long barrel pistol during the crimes.

Maynor -- who is set to appear at the Airport courthouse in Los Angeles -- allegedly shot and killed Jacqueline Avant, 81, at about 2:25 a.m. last Wednesday inside her home in the 1100 block of Maytor Place.

He is also accused of shooting at a security guard -- who was not wounded -- during the robbery, according to the Los Angeles County District Attorney's Office.

Maynor was arrested after allegedly and accidentally shooting himself while breaking into a home in the 6000 block of Graciosa Drive in Hollywood Hills roughly an hour after Avant's shooting, authorities said.

Los Angeles police responding to that call found Maynor at the scene suffering from a gunshot wound to a foot, according to Beverly Hills Police Chief Mark Stainbrook.

Among the evidence collected was "a suspected weapon" from the crime, described by police as an AR-15 rifle.
Stainbrook said Maynor is on parole and has an "extensive" criminal record, which bars him from possessing a weapon.

"The evidence thus far shows that only one suspect was involved in the crime and the motive remains under investigation," Stainbrook said.

Video from the Avant home on Wednesday morning showed a shattered sliding-glass door, indicative of a break-in.

"Our focus now has transitioned from finding a suspect to a continuing investigation that will lead to a successful prosecution," Stainbrook said.

Avant died at a hospital following the shooting. Clarence Avant, 90, was not injured.

Clarence Avant is known as the Godfather of Black Music, and has been regularly celebrated by artists such as Jay-Z and Diddy, L.A. Reid and Babyface. He began as a talent manager in the 1950s, worked at Venture Records in Southern California and founded L.A.-based Sussex Records and Avant Garde Broadcasting.

He was inducted into the Rock and Roll Hall of Fame in October.

Jacqueline Avant served as president of the Neighbors of Watts, a support group that focused on child care. She was also on the board of directors of UCLA's International Student Center. She was also a member of the board for the Wallis Annenberg Center for the Performing Arts.

Rachel Fine, the Annenberg Center's executive director and CEO, said Avant was "the kindest, most beautiful, humble and generous soul, who loved and appreciated the Wallis. Both she and her remarkable husband, Clarence, have been passionately involved with the Wallis since its earliest days, well before our campus opened to the public."

Jacqueline and Clarence Avant have two grown children -- Nicole and Alexander. Nicole Avant, a film producer who served as U.S. ambassador to the Bahamas during President Barack Obama's administration, is the wife of Netflix co-CEO Ted Sarandos. She also served as a co-producer on the Netflix film "The Black Godfather," a documentary about her father's life and career.

Following the announcement of an arrest, the Avant and Sarandos families issued a statement saying, "Our deepest gratitude to the city of Beverly Hills, the BHPD and all law enforcement for their diligence on this matter. Now, let justice be served."

News of the arrest came just hours after a group of civil rights and community leaders called on the county Board of Supervisors to offer a reward for information leading to the capture of the person or people responsible for the fatal shooting of Jacqueline Avant.

The shooting "did not affect just the Avant family," Lawson said. "This affects the entire family of Los Angeles, of the entertainment community, of the political community. You may not know, but President Obama would not be there without Clarence Avant. Clarence Avant would not be there without Jacquie Avant and their children. The strength and talent and power of that family is unmatched. But their anchor was Jacquie. Their anchor is Jacquie. I will not speak of her in the past tense."

Activist Najee Ali of Operation Hope said Avant was targeted just as other affluent families, residents and businesses have been in recent weeks by brazen robberies, follow-home heists and smash-and-grab break-ins. He called Avant's killing an act of cowardice carried out by someone who "was too lazy to get a job to feed themselves."

The Avant family issued a statement after the shooting saying, "The entire Avant and Sarandos families wish to thank everyone for their outpouring of love, support and heartfelt condolences for Jacqueline Avant. Jacqueline was an amazing woman, wife, mother and philanthropist and a 55-year resident of Beverly Hills who has made an immeasurable positive impact on the arts community. She will be missed by her family, friends and all of the people she has helped throughout her amazing life."

Former President Bill Clinton issued a statement Wednesday, calling Avant "a wonderful woman, a great partner to Clarence and mother to Alex and Nicole, an active citizen & a dear friend to Hillary and me for 30 years. She inspired admiration, respect & affection in everyone who knew her. We are heartbroken. She will be deeply missed."

"I know we use this term a lot, but she was truly an angel in this City of Angels," he said. "She and Clarence, Nicole, their daughter, I've known for many years and I've seen and witnessed the way their generosity touched the lives and transformed the lives and even saved the lives of so many people in this city and in this country."

Beverly Hills Councilman John Mirisch wrote on Twitter, "The Avant family has been an important part of our BH community for more than half the city's existence. Community is like an extension of family. While Jacqueline's horrific murder is the worst nightmare possible for the Avant family, it is also a tragedy for all our community." 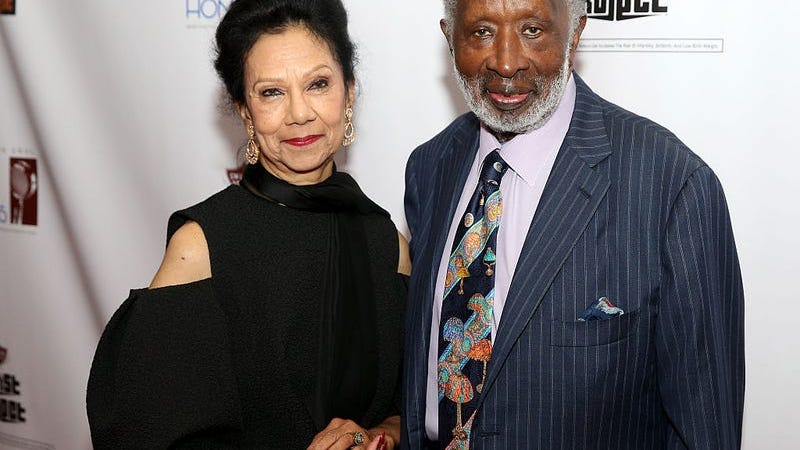