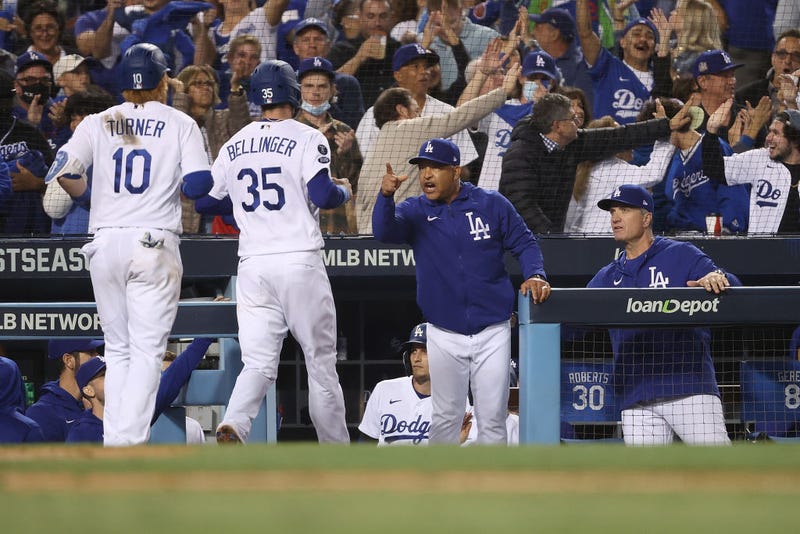 Dave Roberts #30 of the Los Angeles Dodgers celebrates with Justin Turner #10 and Cody Bellinger #35 after both score during the fifth inning of Game Four of the National League Championship Series against the Atlanta Braves at Dodger Stadium on October 20, 2021 in Los Angeles, California. Photo credit Sean M. Haffey/Getty Images
By The Associated Press

LOS ANGELES (AP) — Eddie Rosario homered twice in his second four-hit game of the series and six pitchers combined on a four-hitter, giving the Atlanta Braves a 9-2 victory Wednesday night over the Los Angeles Dodgers and a commanding 3-1 lead in the NL Championship Series.

Game 5 is Thursday at Dodger Stadium, with the Braves one win from their first pennant in 22 years and the defending World Series champions facing elimination. Last year, the Dodgers trailed 0-2 and 1-3 against the Braves in the NLCS before roaring back to win three straight games and claim the pennant at a neutral site in Arlington, Texas.

They'll need to jump-start their offense to have a shot. Their first five hitters — Mookie Betts, Corey Seager, NL batting champion Trea Turner, Will Smith and Gavin Lux — were a combined 0 for 17.

Rosario became the first player to have two four-hit games in a League Championship Series. He drove in four runs while continuing his torrid postseason hitting, finishing a double short of the cycle. He homered in the second, tripled in the third, singled in the fifth and clocked a three-run homer in the ninth. The left fielder has hit in every game of this postseason, collecting 14 hits so far. He has struck out once.

Each of the series' first three games was decided by one run in the last two innings.
But when it got late, the Dodgers couldn't generate any comeback magic this time.

Atlanta opener Jesse Chavez combined with Drew Smyly, Chris Martin, A.J. Minter and Tyler Matzek and Will Smith to hold down the Dodgers' offense. Los Angeles didn't get a hit until the fifth and was limited to one the rest of the way. 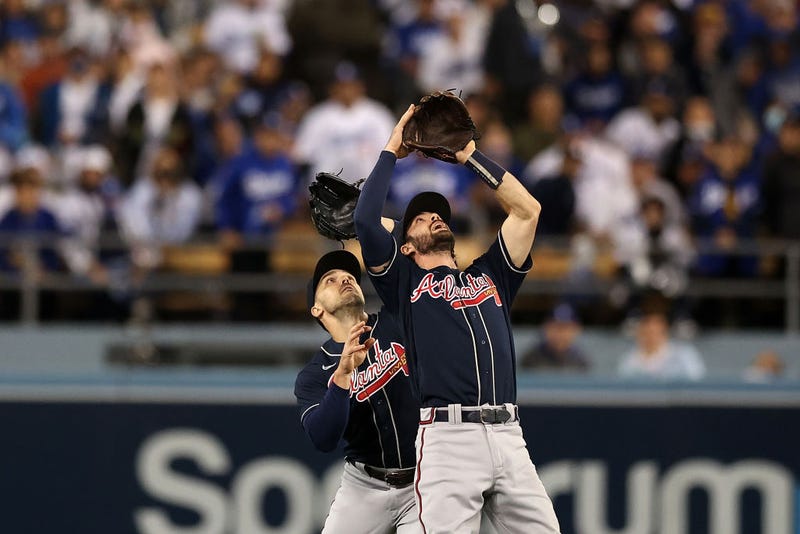 Dansby Swanson #7 of the Atlanta Braves fields a fly ball in front of Adam Duvall #14 during the sixth inning of Game Four of the National League Championship Series against the Los Angeles Dodgers at Dodger Stadium on October 20, 2021 in Los Angeles, California. Photo credit Ronald Martinez/Getty Images 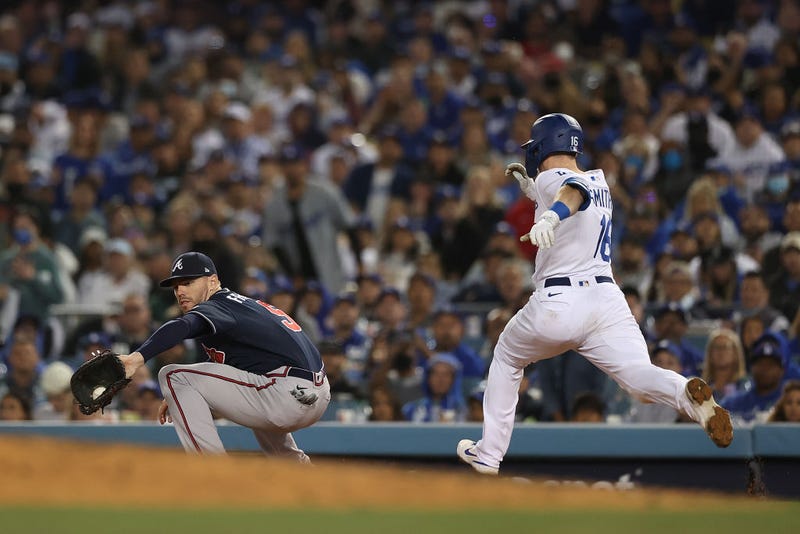 Will Smith #16 of the Los Angeles Dodgers is put out at first base by Freddie Freeman #5 of the Atlanta Braves during the sixth inning of Game Four of the National League Championship Series at Dodger Stadium on October 20, 2021 in Los Angeles, California. Photo credit Ronald Martinez/Getty Images 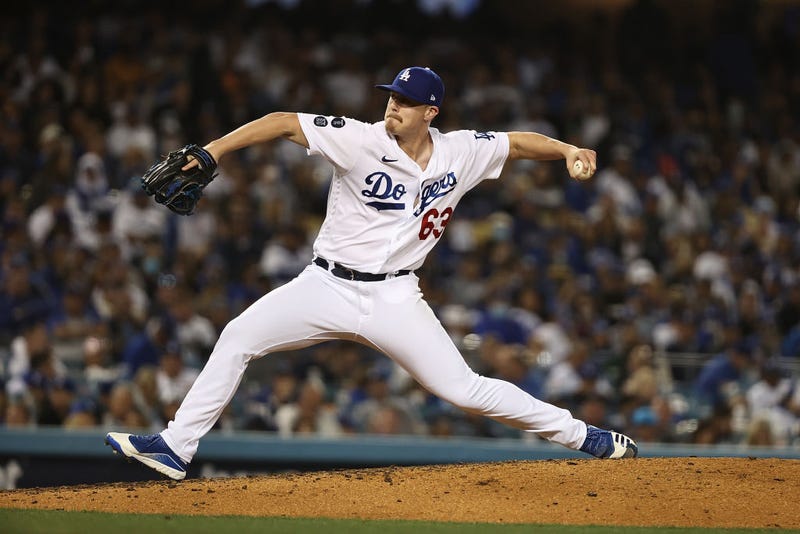