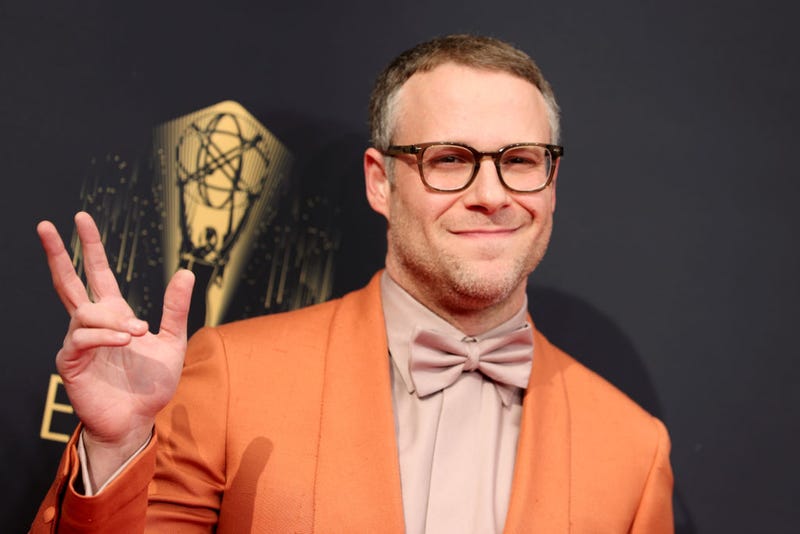 "Let me start by saying there is way too many of us in this room," actor and comedian Seth Rogen said while delivering remarks as part of the 73rd Primetime Emmy Awards broadcast Sunday evening.

"They said this was outdoors! It's not! They lied to us," he joked, skewering health and safety protocols implemented at the Microsoft Theater in Los Angeles intended to keep attendees safe from the spread of COVID-19. Rogen characterized the location as "hermetically sealed."

"Why is there a roof?" Rogen asked. "It's more important that we have three chandeliers than keep Eugene Levy alive."

Los Angeles County public health officials have responded to concerns raised in the ceremony's wake, clarifying in a statement released Monday that exceptions to safety protocols are made for largescale television productions.

"Additional safety modifications are made for these controlled interactions," the statement read. Participants in Sunday evening's ceremony were reportedly required to be fully vaccinated and show proof of a recent negative COVID-19 test.

The Television Academy also complied with a county policy that all crew members bee vaccinated or otherwise undergo twice-weekly testing.