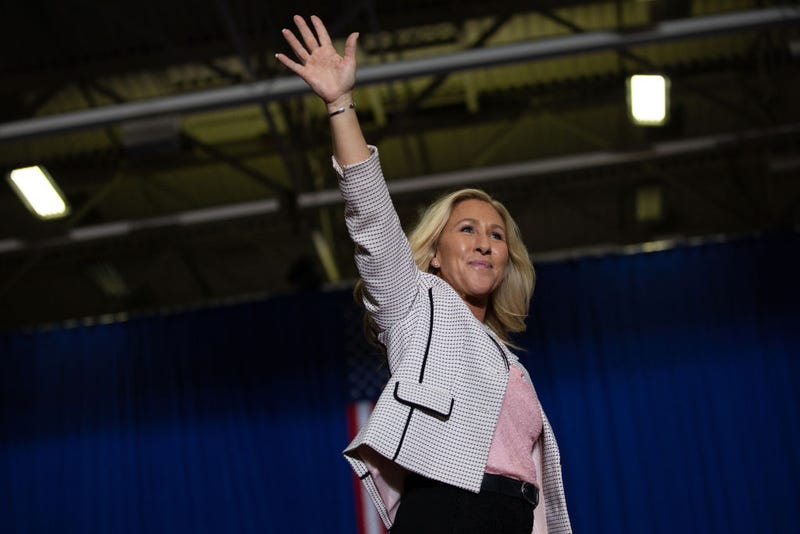 Rep. Majorie Taylor Greene (R-GA) waves to the crowd before she makes speaks during a Save America rally on October 1, 2022 in Warren, Michigan. Photo credit Emily Elconin/Getty Images
By Joe Hiti, Audacy

During a rally in Michigan, Rep. Marjorie Taylor Greene (R-Ga.) claimed that Democrats are “killing” Republicans, creating an uproar over the comments.

Greene was a speaker at former President Donald Trump’s rally in Michigan on Saturday. While addressing the crowd, she spoke about pushing back against “the regime,” referring to President Biden’s administration which she claimed has “weaponized” the legal system.

“I am not going to mince words with you all,” she said. “Democrats want Republicans dead, and they have already started the killings.”

Greene was referencing an incident in North Dakota where a man who was intoxicated allegedly had a political argument with a pedestrian before hitting them with a car. The man then claimed they were “part of a Republican extremist group,” court documents said, according to Yahoo News.

Moving on, she said that Biden “has declared every freedom-loving American an enemy of the state.”

“But under Republicans, we will take back our country from the Communists who have stolen it and want us to disappear,” Greene said.

However, not all affiliated with her party seem to agree, as the Republican Accountability Project said her statements were “dangerous and unacceptable.”

Marjorie Taylor Greene: "I am not going to mince words with you all. Democrats want Republicans dead and they have already started the killings."

This rhetoric is dangerous and unacceptable. pic.twitter.com/2UiKXsrlsJ

Marcus Flowers, the Democrat running against Greene this November, described her comments as “unAmerican, inflammatory, and dangerous” in a tweet on Saturday.

“Her actions are beneath the office she serves. If I am elected, I will always serve with dignity and respect,” he tweeted. 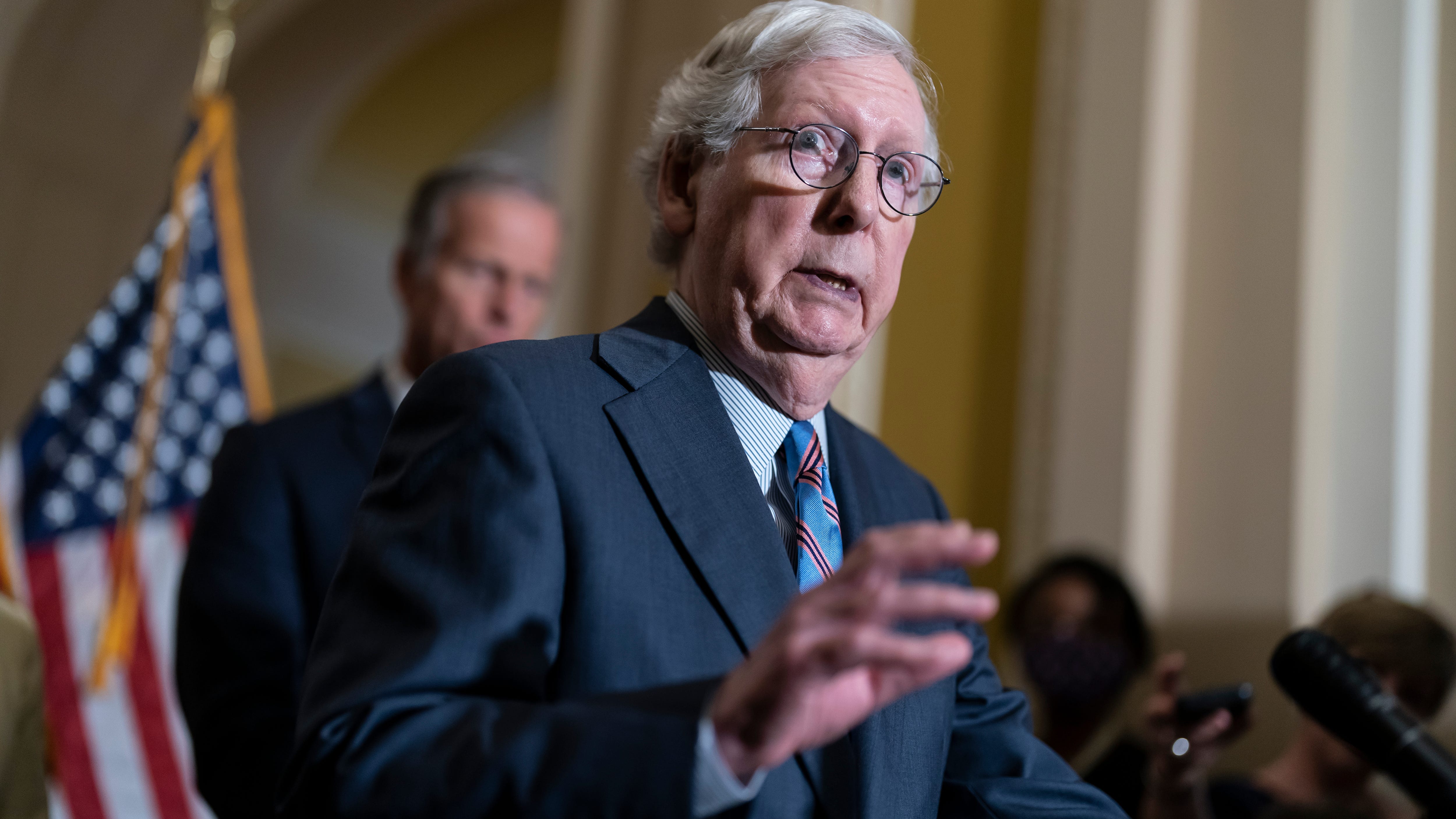 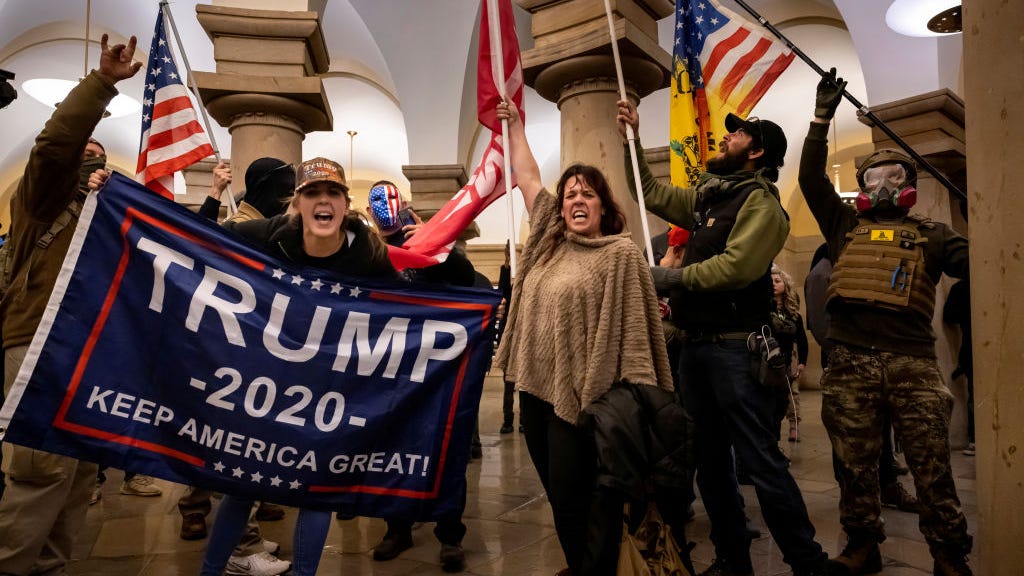