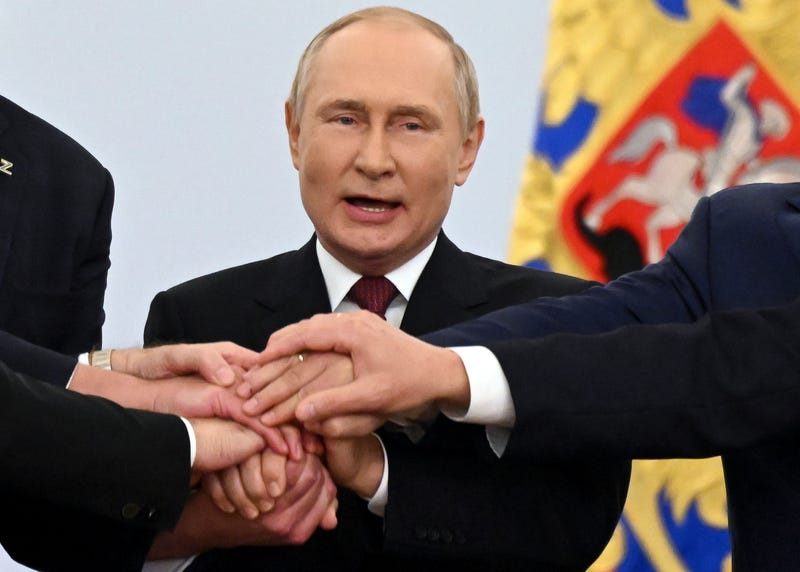 Russian President Vladimir Putin joins hands with Moscow-appointed head of Kherson Region Vladimir Saldo, Moscow-appointed head of Zaporizhzhia region Yevgeny Balitsky, Denis Pushilin, leader of self-proclaimed Donetsk People's Republic and Leonid Pasechnik, leader of self-proclaimed Luhansk People's Republic, as they celebrate at the Kremlin during a ceremony to sign the treaties for four regions of Ukraine to join Russia, in Moscow, Friday, Sept. 30, 2022. The signing of the treaties making the four regions part of Russia follows the completion of the Kremlin-orchestrated "referendums." Photo credit Grigory Sysoyev, Sputnik, Government Pool Photo via AP
By The Associated Press

Putin’s land-grab and President Volodymyr Zelenskyy’s signing of what he said is an “accelerated” NATO membership application sent the two leaders speeding faster on a collision course that is cranking up fears of a full-blown conflict between Russia and the West.

Putin vowed to protect newly annexed regions of Ukraine by “all available means," a renewed nuclear-backed threat he made at a Kremlin signing ceremony where he also railed furiously against the West, accusing the United States and its allies of seeking Russia's destruction.

Zelenskyy then held his own signing ceremony in Kyiv, releasing video of him putting pen to papers he said were a formal NATO membership request.

Putin has repeatedly made clear that any prospect of Ukraine joining the military alliance is one of his red lines and cited it as a justification for his invasion, now in its eighth month, in Europe's biggest land war since World War II.

In his speech, Putin urged Ukraine to sit down for peace talks but insisted he won’t discuss handing back occupied regions. Zelenskyy said there'd be no negotiations with Putin.

“We are ready for a dialogue with Russia, but … with another president of Russia," the Ukrainian leader said.

At his signing ceremony in the Kremlin's ornate St. George's Hall, Putin accused the West of fueling the hostilities to turn Russia into a “colony” and a “crowd of soulless slaves.” The hardening of his position, in the conflict that has killed and wounded tens of thousands of people, further raised tensions already at levels unseen since the Cold War.

Global leaders, including those from the Group of Seven leading economies, responded with an avalanche of condemnation. The U.S. and the U.K. announced more sanctions.

U.S. President Joe Biden said of Putin's annexation of the Donetsk, Luhansk, Kherson and Zaporizhzhia regions: “Make no mistake: These actions have no legitimacy.”

“America and its allies are not going to be intimidated by Putin and his reckless words and threats,” Biden added, noting that the Russian leader “can’t seize his neighbor’s territory and get away with it.”

The European Union said its 27 member states will never recognize the illegal referendums that Russia organized “as a pretext for this further violation of Ukraine’s independence, sovereignty and territorial integrity.”

Russia vetoed a U.N. Security Council resolution Friday that would have condemned the referendums, declared that they have no validity and urged all countries not to recognize the annexation. China, India, Brazil and Gabon abstained on the vote in the 15-member council.

NATO Secretary-General Jens Stoltenberg called it “the largest attempted annexation of European territory by force since the Second World War.”

The war is at “a pivotal moment,” he said, and Putin’s decision to annex more territory – Russia now claims sovereignty over 15% of Ukraine – marks “the most serious escalation since the start of the war.” Stoltenberg was noncommittal on Zelenskyy’s fast-track NATO application, saying alliance leaders “support Ukraine’s right to choose its own path, to decide what kind of security arrangements it wants to be part of.”

Zelenskyy vowed to keep fighting, defying Putin's warnings that Kyiv shouldn't try to recapture what it has lost.

“The entire territory of our country will be liberated from this enemy," he said. “Russia already knows this. It feels our power."

The immediate ramifications of the “accelerated” NATO application weren't clear, since approval requires members' unanimous support. The supply of Western weapons to Ukraine has, however, already put it closer to the alliance's orbit.

“De facto, we have already proven compatibility with alliance standards," Zelenskyy said. “We trust each other, we help each other, and we protect each other.”

The Kremlin ceremony came three days after the completion in the occupied regions of Moscow-orchestrated “referendums” on joining Russia that Kyiv and the West dismissed as a blatant land grab held at gunpoint and based on lies. In his fiery speech, Putin insisted Ukraine treat the votes “with respect.”

As the ceremony concluded, the Moscow-installed leaders of the occupied regions gathered around Putin, linked hands and chanted “Russia! Russia!” with the audience.

Putin cut an angry figure as he accused the United States and its allies of seeking to destroy Russia. He said the West acted “as a parasite” and used its financial and technological strength “to rob the entire world.”

He portrayed Russia as pursuing a historical mission to reclaim its post-Soviet great power status and counter Western domination he said is collapsing.

“History has called us to a battlefield to fight for our people, for the grand historic Russia, for future generations,” he said.

Moscow has backed eastern Ukraine's separatist Donetsk and Luhansk regions since they declared independence in 2014, weeks after Russia's annexation of Ukraine’s Crimean Peninsula. Russia captured the southern Kherson region and part of neighboring Zaporizhzhia soon after Putin sent troops into Ukraine on Feb. 24.

The Kremlin-controlled Russian parliament will meet next week to rubber-stamp the annexation treaties, sending them to Putin for final approval.

The orchestrated process went into a celebratory phase Friday night, with thousands gathered in Red Square for a concert and rally that Putin joined. Many waved Russian flags as entertainers from Russia and occupied parts of Ukraine performed patriotic songs. Russian media reported employees of state-run companies and institutions were told to attend, and students were allowed to skip classes.

Putin's land grab and a partial troop mobilization were attempts to avoid more battlefield defeats that could threaten his 22-year rule. By formalizing Russia’s gains, he seemingly hopes to scare Ukraine and its Western backers by threatening to escalate the conflict unless they back down — which they show no signs of doing.

Russia controls most of the Luhansk and Kherson regions, about 60% of the Donetsk region and a large chunk of the Zaporizhzhia region, where it seized Europe’s largest nuclear power plant.

But the Kremlin is on the verge of another stinging military loss, with reports of the imminent Ukrainian encirclement of the eastern city of Lyman. Retaking it could open the path for Ukraine to push deep into Luhansk, one of the annexed regions.

“It looks quite pathetic. Ukrainians are doing something, taking steps in the real material world, while the Kremlin is building some kind of a virtual reality, incapable of responding in the real world,” former Kremlin speechwriter-turned-analyst Abbas Gallyamov said, adding that "the Kremlin cannot offer anything сomforting to the Russians.”

Russia pounded Ukrainian cities with missiles, rockets and suicide drones in Moscow’s heaviest barrage in weeks, with one strike in the Zaporizhzhia region’s capital killing 30 and wounding 88.

In the Zaporizhzhia attack, anti-aircraft missiles that Russia has repurposed as ground-attack weapons rained down on people waiting in cars to cross into Russian-occupied territory so they could bring family members back across front lines, said Kyrylo Tymoshenko, deputy head of Ukraine’s presidential office.

The strike left deep craters and sent shrapnel tearing into the humanitarian convoy, killing passengers. Nearby buildings were demolished. Bodies were later covered with trash bags, blankets and, for one victim, a blood-soaked towel.

A Ukrainian counteroffensive has deprived Moscow of battlefield mastery. Its hold on the Luhansk region appears increasingly shaky, as Ukrainian forces make inroads with the pincer assault on Lyman, a key node for Russian military operations in the Donbas and a sought-after prize. The Russian-backed separatist leader of Donetsk, Denis Pushilin, said Ukrainian forces have “half-encircled” Lyman. Ukraine maintains a large foothold in the neighboring Donetsk region.

Russian strikes were also reported in the city of Dnipro. Regional Gov. Valentyn Reznichenko said at least three people were killed and five were wounded.

Ukraine’s air force said the southern cities of Mykolaiv and Odesa were targeted with Iranian-supplied suicide drones that Russia has increasingly deployed. 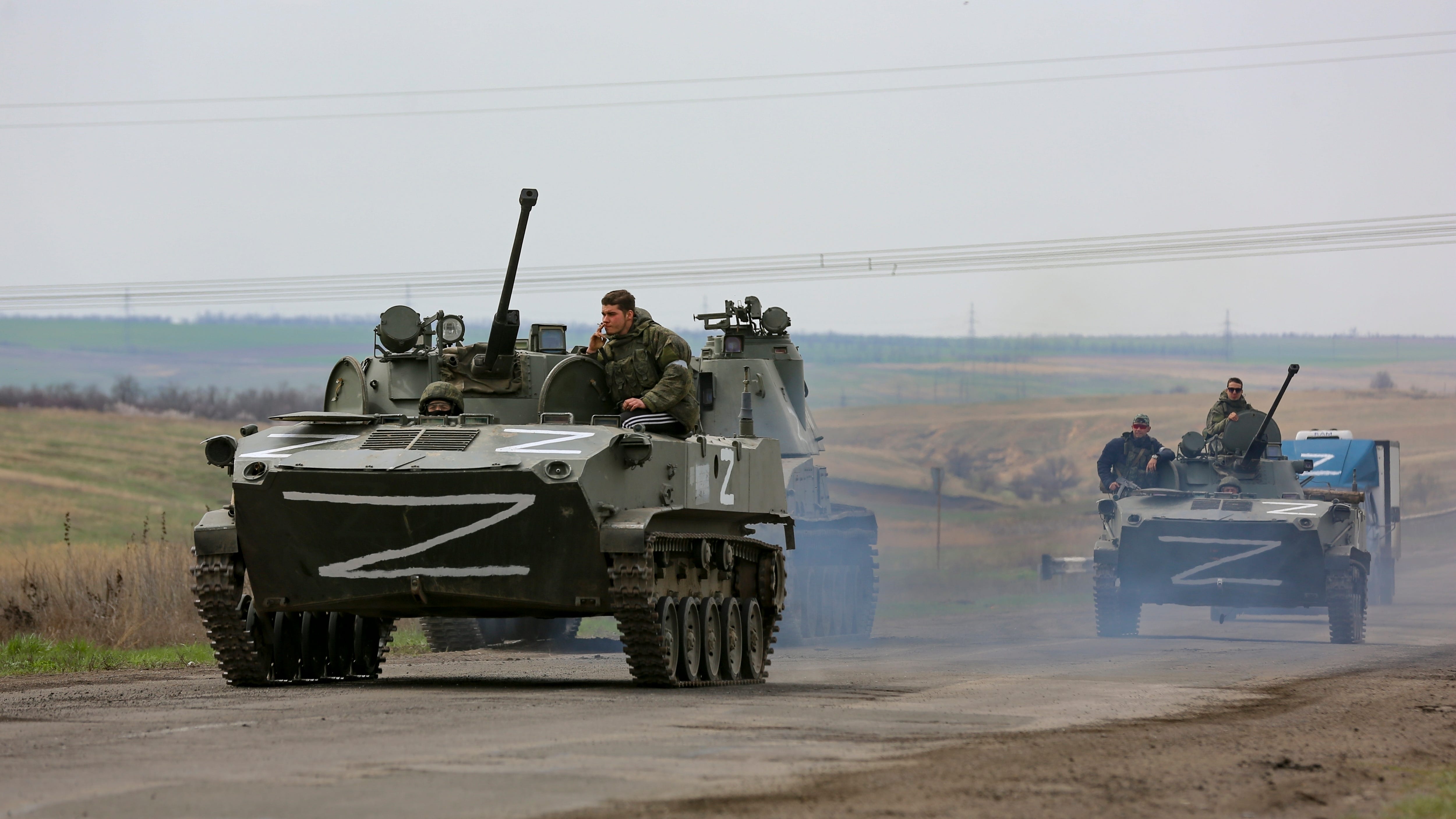 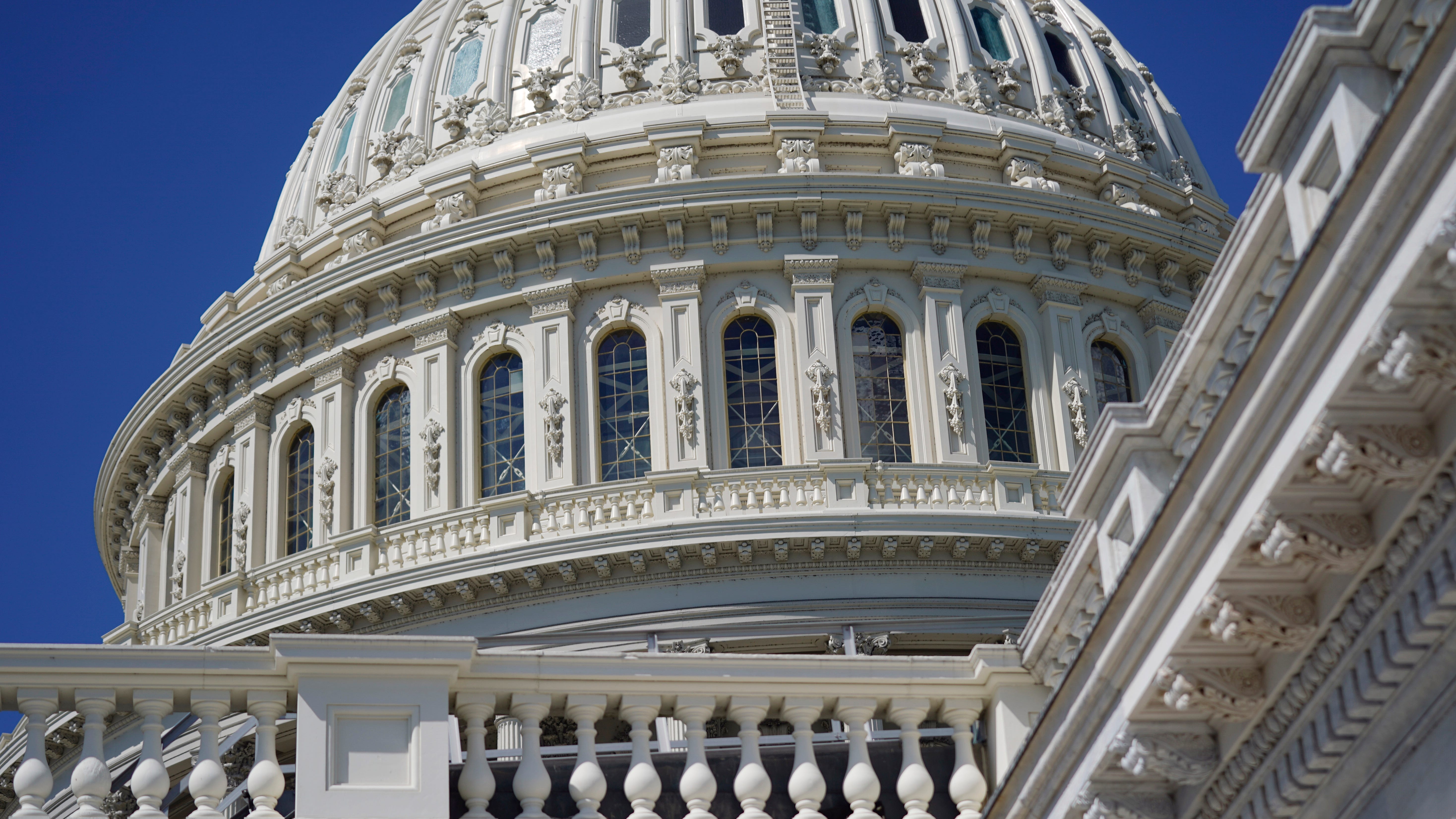