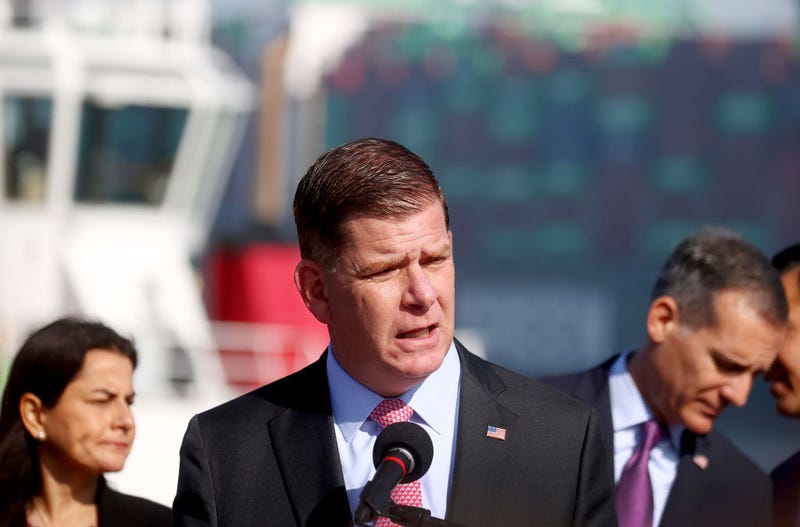 U.S. Secretary of Labor Marty Walsh speaks at a press conference after touring the Port of Los Angeles on Nov. 30, 2021 in San Pedro. Walsh toured the port with L.A. Mayor Eric Garcetti and other officials to discuss initiatives aimed to ease disruptions in the supply chain. Photo credit Mario Tama/Getty Images
By KNX 1070 Newsradio, KNX 1070 Newsradio

LOS ANGELES (KNX) — United States Secretary of Labor Marty Walsh took a hard look Tuesday at the Port of Los Angeles — and the efforts to end the log jam in the supply chain that starts in the ports of L.A. and Long Beach, impacting the entire U.S.

After an on-the-water tour of the docks and the port channels, Walsh said he’s impressed with the cooperation of the shippers and port operators, which has resulted in a 37% drop in containers that were stuck on the docks according to L.A. Mayor Eric Garcetti.

Walsh said the infrastructure improvements are critical to preventing future supply chain backlogs, but when questioned about the option of reducing those backlogs by rebuilding the production capability in the U.S, he said there are no immediate answers.

“I think part of the reason why we’re having this conversation today about supply chain is that for far too long we’ve been too dependent on foreign investment, foreign imports,” Walsh said, explaining that bringing manufacturing jobs to America is already in the mind of President Joe Biden.

Walsh said the task force he’s part of is currently looking for options to increase manufacturing and will likely be able to release its findings sometime next year.

We are seeing steady improvements to supply chain challenges at the San Pedro Bay Ports — with a 37% reduction in stranded cargo since announcing the Container Dwell Fee in October. pic.twitter.com/6fQHRDnzeV 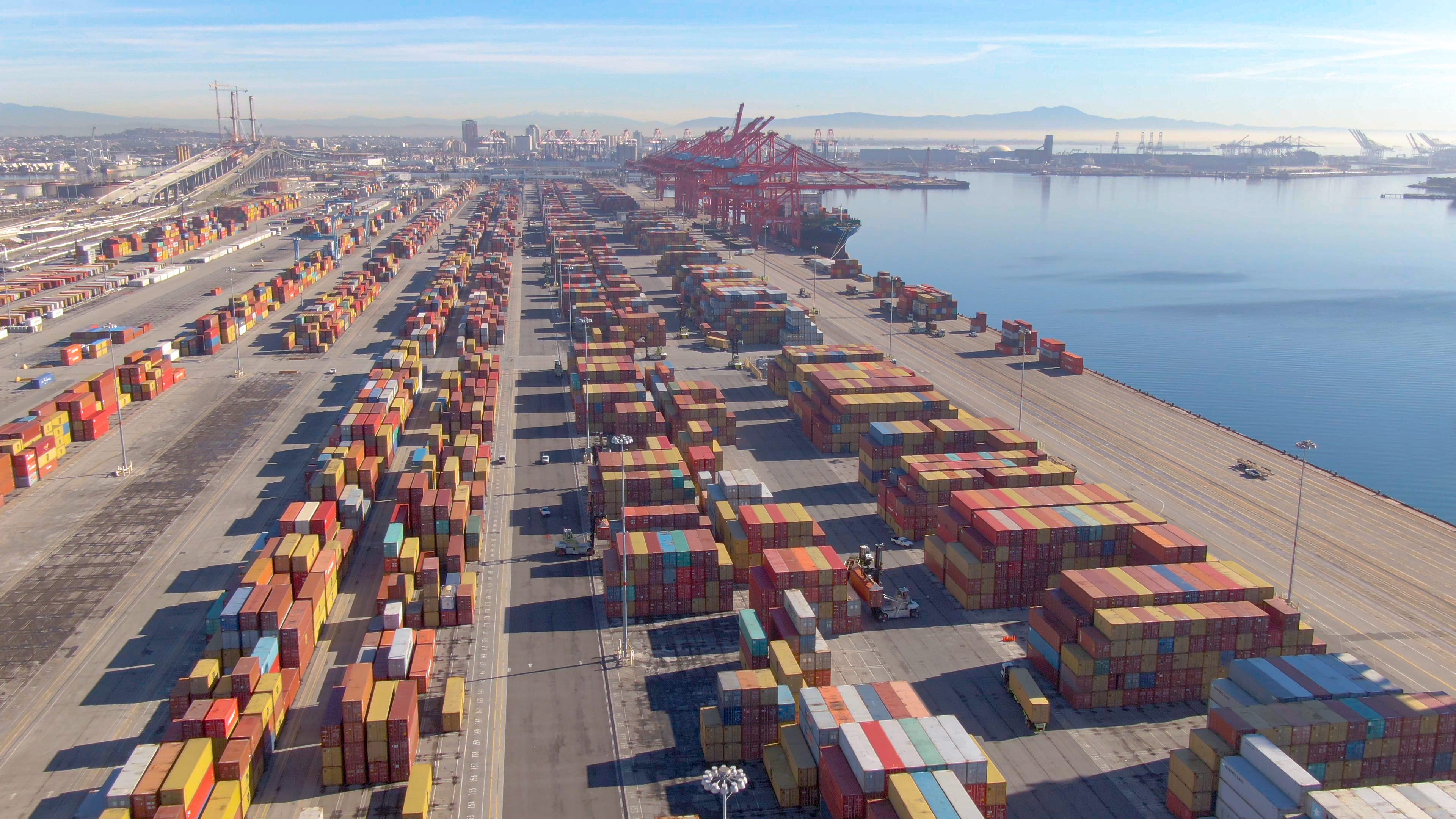 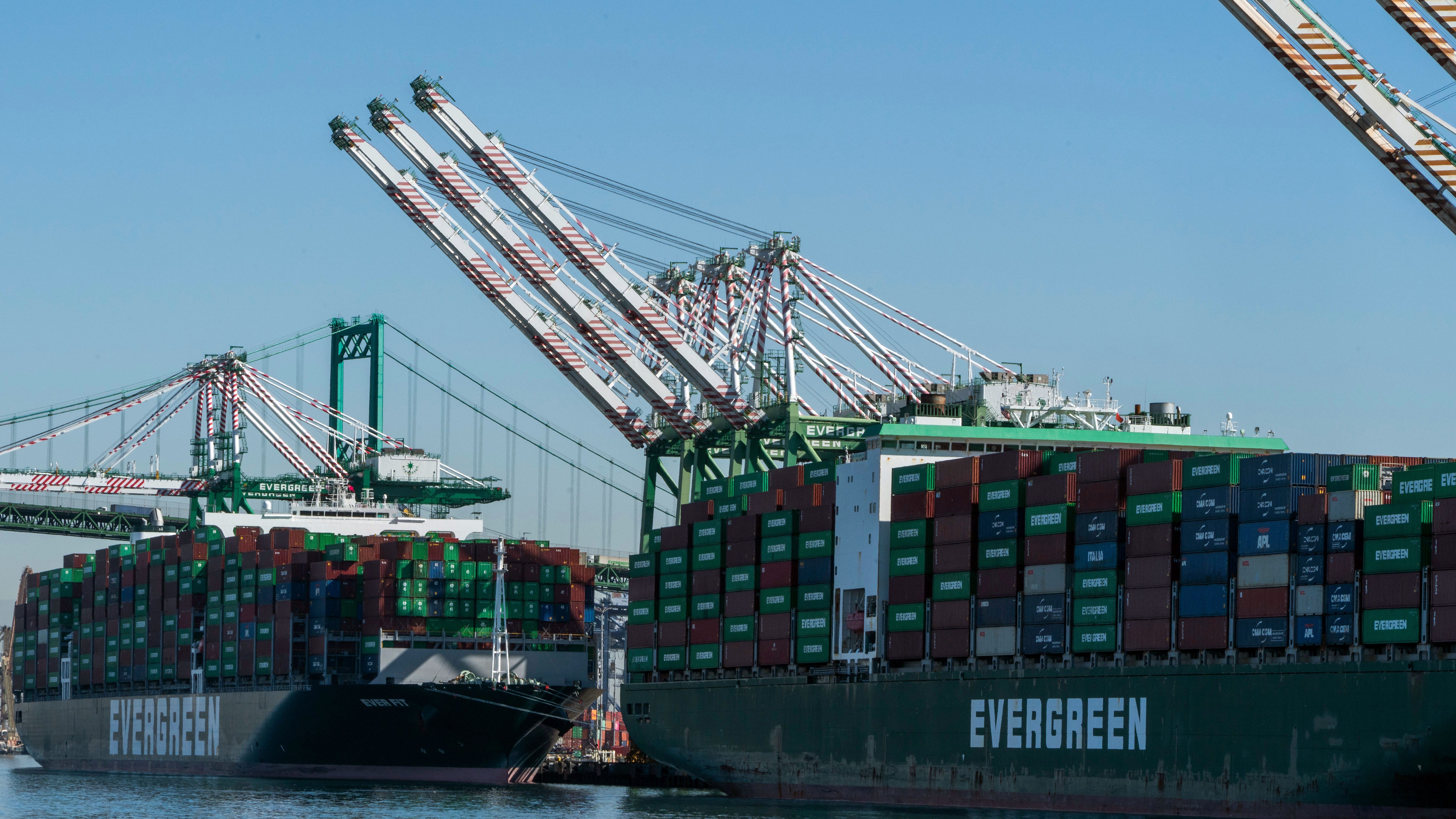