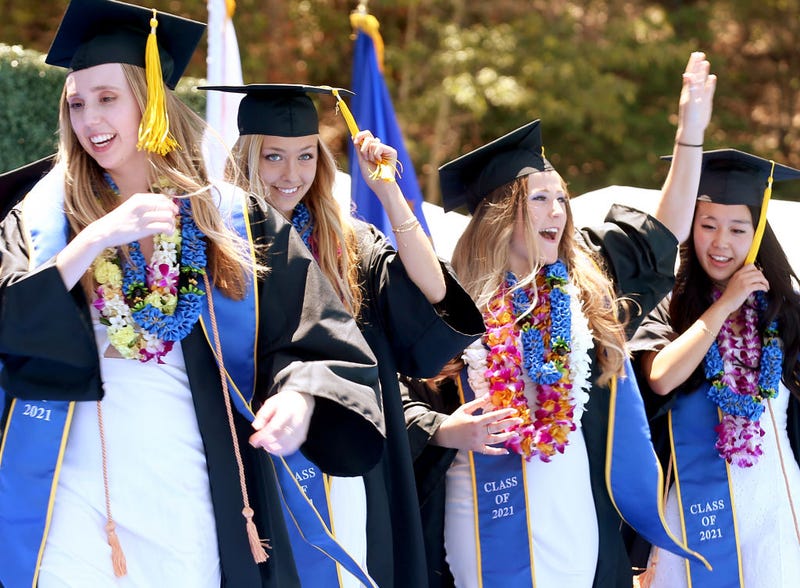 Graduating UCLA students celebrate while walking the stage for their commencement ceremony at Drake Stadium on June 11, 2021, in Westwood, California. Up to 230 students per hour were able to participate in the graduate procession. Each graduate was allowed two guests and was permitted to remove their masks before crossing the stage. Photo credit Mario Tama/Getty Images
By KNX 1070 Newsradio

UCLA has been ranked number one for the nation’s best public university in U.S. News & World Report’s annual “Best Colleges” for the fifth year in the row.

“UCLA’s ranking as the top public university in the country five years running reaffirms what we already know: that this is a place where students of all backgrounds can thrive, where we invest in and support excellent teaching and where we set students up for success after graduation,” said UCLA Chancellor Gene Block.

UCLA was also the only school in the top 20 universities to be ranked high in social mobility and also ranked number one for the best collages for veterans.

The rankings are based upon the school’s graduation rates, average federal loan debt of graduates and reputation, among other qualities.