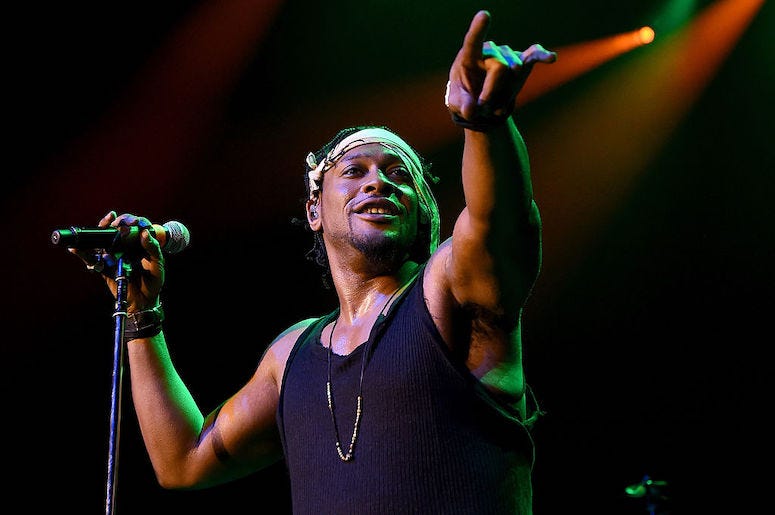 As a Valentine’s Day gift to all lovers and R&B fans alike, it was announced that neo-soul legend, D'Angelo, would be headlining his first Verzuz at the historic Apollo Theater. To match his aura of mystique, the marquee simply read “D’Angelo [and] Friends,” and immediately, speculation began to circulate about who the “friends” would be.

We even had a few theories of our own. However, two rumors that kept swirling the Twittersphere were the presence of Maxwell and Ms. Lauryn Hill. We welcomed both options with open arms, but the show we got was just as incomparable as the one we imagined.

The night opened up, in what was later revealed as an hourlong pre-show, with the sounds of DJ Scratch. When D’Angelo blessed the stage with his black fur coat and oversized fedora, the first friend to join him was bandmate and “very, very dear friend” Keyon Harrold. Harrold made headlines when his teenage son was allegedly accosted and assaulted by Miya Ponsetto at the Arlo Soho hotel when she falsely accused the child of stealing her iPhone. 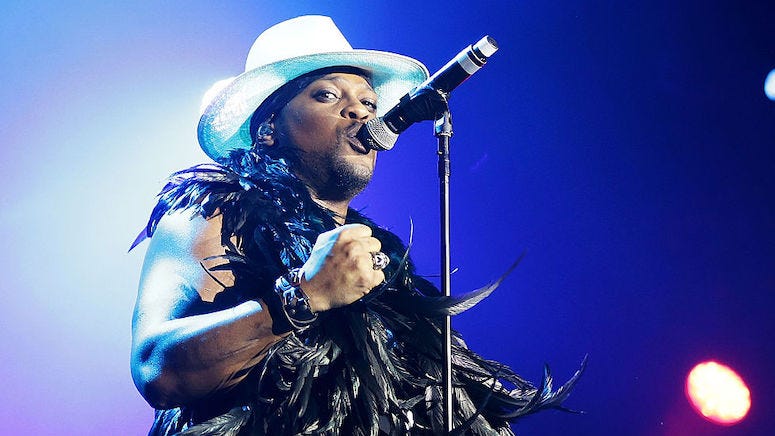 D'Angelo helped to usher in the neo-soul movement, here’s how

The two kicked off the show reminiscent of MTV’s Unplugged, with raw keys and Harrold on saxophone. As the show went on, it felt more like the marquee should’ve read, ‘D’Angelo: One Night Only.” He dived deep into a medley of his greatest hits including “Brown Sugar,” “Me and Those Dreamin’ Eyes of Mine,” “Cruisin’,” “Really Love,” and “Lady.”

Then, to our surprise, Hip Hopduo, Method Man and Redman, joined the crooner on stage for a rendition of their song, “Left & Right.” The internet couldn’t help, but to swoon over whatever fountain of youth these men were sipping from.

Later in the night, D’Angelo mentioned that “she” had arrived and we all knew who we hoped and prayed would show up. Yet, to our pleasant surprise, rising powerhouse, H.E.R. stepped up to the mic with her guitar in hand.

The two gushed over each other; both calling the other their “biggest fan.” She began singing her verse to her timeless ballad, “Best Part,” that features Daniel Caesar, but when she seamlessly blended into the chorus of D’Angelo and Lauryn Hill’s classic slow jam, “Nothing Even Matters,” fans couldn’t contain their excitement-- not even D’Angelo, himself.

D’Angelo and H.E.R should tour together. #Verzuz pic.twitter.com/rGDF4G2yMD

The singer appeared visibly impressed by H.E.R. and now the streets are demanding a collaboration of their own ASAP.

It’s how D’Angelo was looking at H.E.R. for me. Mesmerized. pic.twitter.com/o54XpTSsHQ

Post show, in standard Verzuz format, Swizz Beatz and Timbaland took to IG Live to clear the air regarding some hearsay.

They did confirm that the original battle was supposed to be D'Angelo vs. Maxwell and would’ve taken place on Valentine’s Day. However, things “didn’t work out,” but D’Angelo was “still ready to go,” so they decided to “celebrate him.”