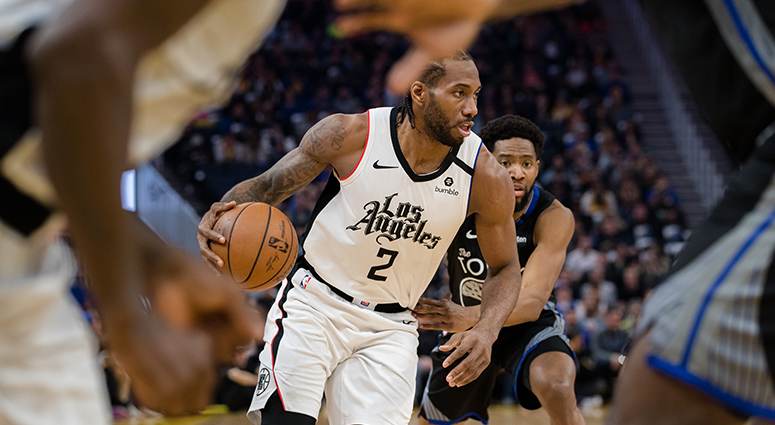 Stephen Curry didn't play tonight against the Clippers. He missed his second straight game with the flu.

Don't worry, the Warriors confirmed it was the influenza and not COVID-19. He's played just one game so far since returning from the hand injury that kept him out of action for 4 months. Draymond Green also missed his sixth straight game with a sore knee.

It gets worse. Just 50 seconds into the game, Juan Toscano-Anderson came down wrong on his ankle and had to be helped back to the locker room. Hopefully it's not too serious, but he did not return to the game.

Dragan Bender, who's currently in the middle of his second 10-day contract with Golden State, led the Warriors in scoring with 23 points on 8-of-12 shooting. Mychal Mulder, who signed a multi-year deal with the Dubs earlier today, scored just 3 points in 26 minutes of action.

Andrew Wiggins scored a 21 points on 8-of-16 shooting, including this rim-rocking slam:

Marquese Chriss had another double-double with 10 points and 10 rebounds. He had his own injury scare in the third quarter when he bumped knees with a Clippers defender. Luckily he checked back into the game not too long after and looked just fine.

However, if the Warriors keep suffering these injuries, we may need Lo or Dibs to suit up for the blue and gold. You know where to find us, Bob Myers.

The Warriors will play next this Thursday against the Brooklyn Nets at home. Tip-off is at 7:30pm, coverage starts at 6:00pm right here on 95.7 The Game.