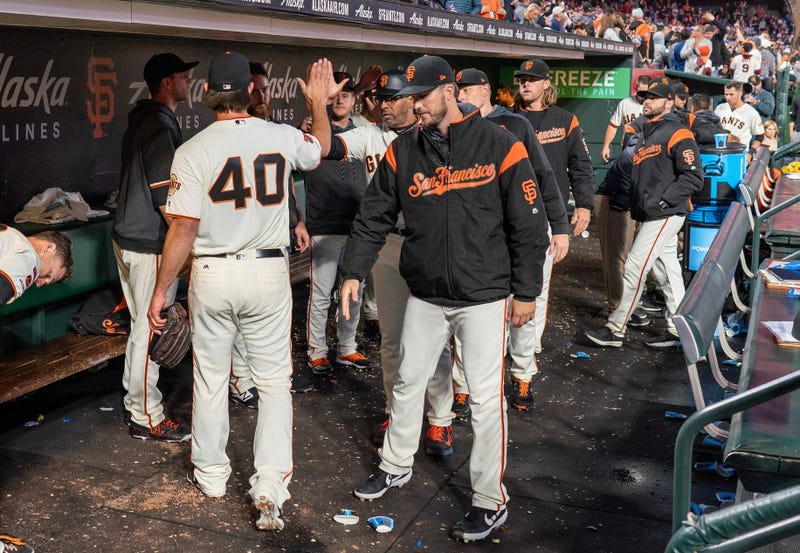 The resurgent Giants are poised to hold onto their top trade pieces, most notably one Madison Bumgarner, according to Jon Morosi.

While the Giants have pushed to within 2.5 games of the second wild-card spot, the standings are congested. Entering play on Monday, the Cubs, Cardinals and Nats are all tied for the top position. The Phillies and Brewers sit a game back of the leaders.

“They seem to be content… Going forward here, I think the fact this is Bochy’s last year is playing into this. And, again, based on what I was told by sources yesterday, the Giants are expecting to keep their big pitchers right now and to try and make a run at this thing between now and the end of the season.”